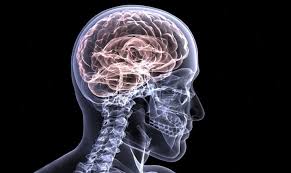 CYCJ responds to research on brain maturity and sentencing guidelines

The Centre for Youth & Criminal Justice has commented on a review of research undertaken by the University of Edinburgh on behalf of the Scottish Sentencing Council, showing that sentencing should take account of compelling evidence that the brain does not fully mature until at least the age of 25.

In order to inform its development of a guideline on sentencing young people, the Scottish Sentencing Council asked the University of Edinburgh to carry out a systematic review of the current neurological, neuropsychological, and psychological evidence on the cognitive maturity of younger people.

The review findings confirm that the adolescent brain continues to develop into adulthood and does not reach full maturity until approximately 25-30 years of age.

Claire Lightowler, Director of the Centre for Youth and Criminal Justice, said:

“The research comprehensively details how the brain does not fully mature until young people reach (at least) their mid-20s. Our recent work, ‘Rights Respecting? Scotland’s approach to children in conflict with the law’, highlighted additional issues about the social position of children and young people, querying how independent they can really be from the adults around them. The evidence is therefore compelling for a new approach to sentencing children and young people based on a more sophisticated understanding of what age-appropriate responsibility looks like.

“These issues can be complex and sensitive but our work highlights that there is no justice in taking traumatised children and young people; holding them solely responsible for their actions; putting them through processes they don’t understand, and are unable to participate in; blaming and stigmatising them whilst failing to give them what they need; and putting barriers in the way of loving and caring relationships.”

The review, understood to be the first of its kind in the Scottish context, found that the areas of the brain governing emotion develop sooner than those which assist with cognitive abilities and self-control.  This imbalance explains the increased risk-taking and emotionally driven behaviour commonly attributed to young people.

The Scottish Sentencing Council will shortly launch a 12 week public consultation on its draft guideline for sentencing young people.