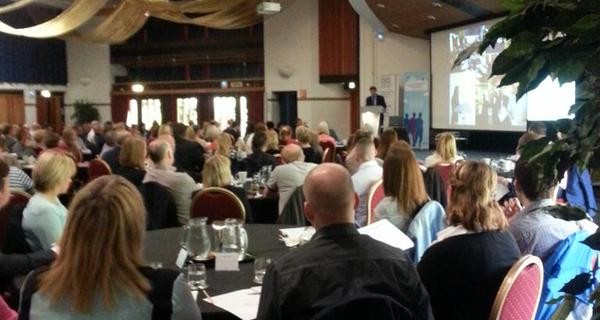 Frances Crook OBE will speak on the first day of the conference, which takes place on June 15 and 16 at Dundee’s West Park Conference Centre, and is the biggest event of the year for the Scottish youth justice sector.

Frances Crook is one of the most influential voices in criminal justice. Under her direction as CEO of the Howard League for Penal Reform, a national charity working for less crime, safer communities and fewer people in prisons, the number of staff and turnover of the charity have grown twenty-fold.

She has instigated numerous research programmes and campaigns to raise public concern about suicides in prison, the over-use of custody and poor conditions in prison, young people in trouble, and mothers in prison.

Joining Frances will be speakers from across the UK, including the Scottish Government, independent social justice foundation Barrow Cadbury Trust, Danshell, which supports adults living with a learning disability or autism in specialist hospitals and residential services, and Education Scotland.

Norma Corlette, Director of Staf (formally known as the Scottish Throughcare and Aftercare Forum) will chair on June 15, whilst David Harvie, Crown Agent, Procurator Fiscal Crown Office and Procurator, will take on chairing responsibilities for June 16. Both Norma and David will be joined by young people with lived experience of the youth justice system, who will act as co-chairs.

Workshops will be given by experts on topics including the Named Person Pilot, victim abuse, recorded police warnings and supporting vulnerable girls in the youth justice system.

Delegates will also be treated to a musical session featuring the work of the KIN project, an arts collective of 16-25 year olds with experience of the imprisonment of either a parent or sibling.

“We are delighted to be welcoming such accomplished speakers and presenters to this year’s conference. As always, it’s very rewarding to bring together professionals from across the youth justice sector, and be part of the inspirational sharing of knowledge and expertise that happens over the course of these two valuable days.

“Last year was the first time we invited young people to co-chair, with excellent results, and we look forward to doing this again in 2016. Ultimately, the conference is about young people, and the outcomes and policies that affect them, so including them in the proceedings is very important to us.”

Information relating to the conference is available via the CYCJ website, e-bulletin and Twitter account. Registration for the conference is now closed but you can follow the live action from the event using the hashtag #YJconf16.