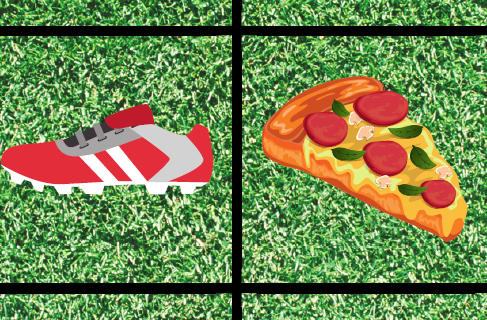 Inclusion as Prevention (IAP) has shared findings from an innovative pilot project which provided access to football pitches for marginalised young people in South Lanarkshire, and the hugely positive impact this has had, both on them and the community.

IAP is a National Lottery funded project working with the South Lanarkshire community to collaboratively shift and re-shape the design and delivery of services for children and young people at risk of offending, and their families. CYCJ is a core partner, along with South Lanarkshire Council, Action for Children Scotland and Dartington Service Design Lab.

This project was created after young people in a South Lanarkshire park told IAP’s engagement coordinator what they like to do in their community – and what they would like to do. This included access to the ‘quality’ locked football pitches to just play a decent game of football. Some young people would climb the fence in order to access these pitches and be chased away by staff or the police.

IAP subsequently partnered with Youth, Family, Community Learning (YFCL) in South Lanarkshire, and a 16 week pilot based on a ‘test of change’ approach was carried out. Young people were provided access to the pitches at a local high school for two hours every Wednesday afternoon, and supported by youth workers. As the project progressed, the group were also supplied with refreshments while they played.

The sessions were positively received by the young people who attended in greater numbers each week, and the reduction in antisocial behaviour and material damage in and around the leisure centre was measurable. Findings are shared in this report, written by IAP’s embedded evaluator, Kristina Moodie.

Feedback on the project was positive from not just the young people, but those supporting them and members of the wider community:

“My boy loves coming. He’s always been on the shy side and didn’t want to join a team. I was delighted when he told me he wanted to come along with his pal to play football” (parent observing the session, quote via youth worker)

“I think it’s great. I stay just across from the park and see kids constantly jump the fence to play. The trouble is they can be drinking and just be a bit of a nuisance. The fact that this is on for them and costs nothing is brilliant, it’s obviously popular with them” (community member observing)

The project undertook a test of change approach, which is used by IAP to explore the ways in which services can better meet the needs of children, young people and families. This improvement methodology is useful for working in real-life situations and is based on the model of Plan –Do – Study –Act (PSDA cycle), for example identifying a need, designing a way to respond to this need, test this idea and then examine what happens as a result. This is the first step of the ‘test of change’. The subsequent stage involves a process of Adopt-Adapt-Abandon, which allows the response to be fully adopted or amended to work better or indeed, based on the findings of the test, potentially abandoned entirely.

The test of change described in this report is one of seven which have been or are being carried out by IAP.

Next steps being considered for the project include working within the local authority and partners to explore a way to embed this model across other populations of young people and consider other geographies where its positive impact on the local area and young people could be replicated. In addition, there may be opportunities for previous attendees to be able to return in a volunteering role within YFCL and potentially work towards more formal youth achievement awards.

““I just want to play football. It’s really hard to find a pitch to play on””