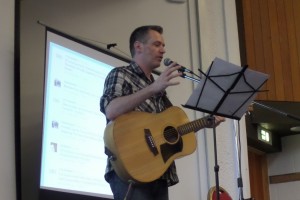 The National Youth Justice Conference 2014, which took place in Dundee on June 4 and 5, brought together youth justice practitioners from across Scotland to explore the themes of Whole System Approach: A Partner’s Perspective and Mental Health.

Robert Marshall, Deputy Director of Children and Families at the Scottish Government, spoke on behalf of the Minister for Children and Young People, Aileen Campbell MSP. He was joined by Dr Olive Moloney of MAC-UK, which aims to transform mental health services for excluded young people, Neil Hunter, Chief Executive of the Scottish Children’s Reporter Administration (SCRA) and Chief Superintendent Grant Manders of Police Scotland.

Talks were also given by key youth justice stakeholders including the Crown Office, Barnado’s, Includem and Sacro.

Workshops focusing on key themes such as the GIRFEC approach (getting it right for every child), developmental trauma and child and adolescent mental health allowed delegates to explore these issues further.

Speaking in advance of the conference, Professor Sandy Cameron CBE, independent Chair of CYCJ’s Executive Governance Group, said: “We are delighted to welcome such an impressive line-up of speakers. Working together in the best interests of Scotland’s young people is what will ensure the greatest impact and we hope that everyone will leave the conference with new ideas, new thoughts and new aspirations for strengthening the already good practice we have in many places.”

Delegates heard first-hand accounts from two inspirational young people through Who Cares? Scotland, a voluntary organisation providing advocacy, advice and support services for children and young people in care. Both Ashley Cameron and Tony McDonald have succeeded despite the odds, and used their experiences to influence policy and legislation.

It wasn’t all talk, with a moving performance of four songs written by Scotland’s prisoners through the Vox Liminis project, which uses arts-based interventions in helping offenders develop new ways to think differently about themselves, their relationships with others and their future place in society.

During refreshment breaks, delegates found out more about youth justice stakeholders through information stalls. These included the Positive Prison? Positive Futures handmade ‘prison cell’, designed by inmates at Low Moss Prison – the walls of which people were encouraged to write on!

Presentations and resources from the conference are now available.