Girls and young women’s offending and risk taking behaviours is often grouped alongside those of boys and young men.

This is due to relatively low numbers of girls and young women and their invisibility within systems predominantly designed for males.  Literature and evidence on offending behaviour in young people has assumed girls and boys are the same and most current services available to address offending and other risk taking behaviours are derived from the principles of ‘What Works?’ which stem from theories of male offending, and often don’t meet the needs of females.

Vulnerable Girls and Young Women was identified as a priority by the Scottish Government, which means it is supported by a CYCJ Champions Group. This carries out regular networking and training sessions for practitioners across Scotland to attend and contribute to. 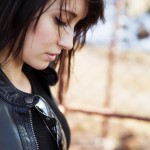