The question of whether a young person aged 16 to 17 is viewed as an adult or a child is one that differs according to perspective.

Developmentally 16 and 17 year olds are considered children, and are deemed as such under the Children Hearings (Scotland) Act 2011 if subject to a CSO through the Children’s Hearing System. Otherwise, legally they are deemed to be adults and can be treated as such if involved in offending.

Reintegrating back into a community and family can be a daunting prospect for any young person, and it is important that the right support is provided throughout.

Reintegration and transitions was identified as a priority by the Scottish Government, which means it is supported by a CYCJ Champions Group. This carries out regular networking and training sessions for practitioners across Scotland to attend and contribute to. 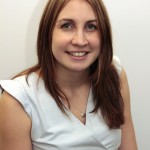