A Whole System Approach – or is it a blog?

As a professional advisor to the youth justice team in the Scottish Government 8 years ago, I was in the very privileged position to be involved in the creation and implementation of the Whole System Approach (WSA), a new way for all agencies to work together to keep young people up to the age of 18 out of the justice system, using early intervention wherever possible, and recognising that young people in the system needed to be supported during their time within the system and to get back out. Several Scottish local authorities agreed to pilot all or parts of the approach, and within the first year, over half had agreed to implement the approach, with the other half following closely behind.

The approach was based on research (Edinburgh Study of Youth Transitions and Crime) and best practice, and results from the pilot sites and indeed nationally, were excellent. Today, WSA continues to be heralded as effective and as a success, with huge reductions in referrals to the Scottish Children’s Reporter Administration (SCRA) (by 83% on offending grounds in 2013/14), a 70% reduction in under 18s in custody and a 74% reduction in young people appearing in Court. So why wouldn’t local authorities want to adopt such an approach?

In 2018 the picture is looking slightly different. I now work in the Centre for Youth and Criminal Justice (CYCJ), and again I am in a very unique position to see how systems and processes are working nationally. I receive feedback from local authorities that over half have lost their youth justice teams. A victim of our own success, some may say! Many now include young people who offend within their children and family teams, or when they reach 16, within their adult justice teams, unfortunately going against the ethos of the WSA and the intention of Scottish Government policy of treating young people under 18 as children and keeping them out of formal systems. At CYCJ we hear a lot from practitioners and managers in relation to them feeling at the mercy of senior managers and efficiency savings but what does the practical implementation of WSA really feel like for young people, recognising their unique position and experience? Are the espoused intentions of policy really being achieved in practice?

These questions led myself and my CYCJ colleagues to undertake a piece of research in Her Majesty’s Young Offender Institution (YOI) Polmont. The research, ‘Just a wee boy not cut out for prison’: Policy and reality in children and young people’s journeys through justice in Scotland, has recently been published in the Criminology and Criminal Justice journal.

What the boys in this research told us was that, for some, the Children’s Hearings System (CHS) could have dealt with them and managed the risk they presented, as it had done previously for the majority of them. They told us that the CHS was preferable, as panel members took more into account when making decisions, and listened to them. That when they attended Court, they didn’t understand what was happening, felt that the Sheriff was harsher and that there was no opportunity for them to talk or explain their behaviour. Before they knew it, they were being led away to the cells, wondering what had happened.

Many of the boys interviewed also felt that their behaviour could be managed in a secure unit, and that they would definitely prefer to be there than in a YOI. Although for others, they felt that their behaviour had gone so far that prison was the only option for them. How sad that 16 and 17 year old children feel that they are so out of control that prison is the only option for them.

When discussing others within the YOI, the boys interviewed had some strong views on the decisions being made. ‘He’s just a wee boy, not cut out for prison’ was a direct quote from one boy about another. In his view, the boy in question should have been in secure care. He looked about 12. If a 16 or 17 year old feels this way, what were the professionals thinking in making this decision, or when this decision was being made? Were secure care, and all other options explored? I don’t know about this particular case, but what I do know is that we should be trying our best to prevent this from happening in the future and keeping to the ethos of the WSA.

So what, at a practitioner level, can we do to ensure we are meeting the ethos of the WSA?

A few suggestions include:

Meeting the ethos of WSA is essential if we are to address the pervasive sense of hopelessness in young people who believe that ending up in custody is inevitable, rather than a tragic failure of the system.

Download ‘Just a wee boy not cut out for prison’: Policy and reality in children and young people’s journeys through justice in Scotland.

Fiona Dyer is the Deputy Director at CYCJ. Find out more. 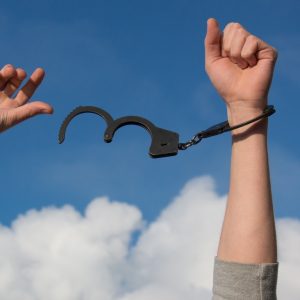