This May (2018), I attended the ‘Addictions and Criminal Justice’ conference hosted by SASO (Scottish Association for the Study of Offending). The event was Chaired by Sheriff Iain Fleming, who began by discussing Glasgow Drug Courts, and split into four sessions with nine speakers including the Sheriff’s responsible for overseeing the drug court, practitioners in the field of alcohol and drug recovery services, people who have experienced the criminal justice system and academics in the field of addiction and mental health services.

The first speaker, Dr Saket Priyadarshi (AMD Alcohol and Drugs Glasgow HSCP/GG&C Alcohol and Drug Services) spoke of a ‘shared agenda’ between both the health and justice sectors, tackling the spike in HIV cases in 2015 in Glasgow, and recent outbreaks of Botulism and Anthrax in drug injectors. For those in Glasgow on a medium income, with a quality job, ‘life is good’ but it is not like that for everyone.

In Scotland, drug injectors are predominantly male and between 30-50 years of age with multiple needs including, homelessness, destitution and recent incarceration. Dr Priyadarshi explained that these people inject in public through need, desperation and privacy (injecting in a hostel would result in being banned). This is a problem for everyone, as discarded needles are a health risk, overdoses were more likely to be fatal and drug injecting equipment was more likely to be shared, thus, spreading infections.

Dr Priyadarshi discussed the viability of setting up a Safer Consumption Facility (SCF) in Glasgow where people could consume their own drugs with supervision from trained staff. This would allow for sterile injecting equipment to be provided and on-site health and social services being available. There are over 90 drug-consumption units around the world with 2-3 new ones opening every year.

Evidence suggests SCF’s reduce public injecting and litter, reduce drug-related deaths, encourage people to engage with addictions and other services, have no impact on local crime, have no ‘honeypot’ effect and there is a public acceptability over time. In addition, it has been shown to have resulted in cost-savings in Australia and Canada.

Planning a Scottish SCF requires a location, hours and possible exclusion criteria. There are different models used throughout the world but Dr Priyadarshi believed a medical model would be the most suitable, with aftercare provided for recovery, police accord and public engagement. SCF’s are not currently used in the UK, although other UK cities are making proposals for similar projects. However, currently, the Scottish Government would have to go it alone, as Westminster is not in favour of their use. Dr Priyadarshi believes political debate is required and pointed to the fact that SFC’s have been successfully utilized throughout Europe for decades.

Kelda Gaffney, Glasgow HSCP Alcohol and Drug Recovery Service, spoke about the devastating effect parental addiction has on children. It is estimated that 40,000-60,000 children may be affected by problematic parental drug use and 36,000-51,000 affected by potentially problematic alcohol use in Scotland (Getting Our Priorities Right, 2013). The impacts on children can include poor coping mechanisms, low self-esteem, lack of boundaries, psychosomatic issues, becoming isolated and having feelings of shame and embarrassment. Older children are more susceptible to alcohol and drug difficulties themselves and to developing emotional and conduct problems.

Kelda discussed agencies sharing information to identify children where alcohol/drug use is present in the household and supporting treatment and care, aiming towards recovery. There was also two personal reflections of the damage parental substance misuse can have on children. Kim of Community Justice Scotland spoke about her experience of becoming homeless at 14 due to a family break-up. She stayed with older peers and got caught up in a cycle of offending, which lead to engagement with the Criminal Justice system. Jason, of the Scottish Drugs Forum, discussed being born into an environment where parental substance abuse was prevalent. He began abusing glue at seven years old, then temazepam at 12 and at 16 he received his first custodial sentence. From 16-34 he spent most of his time in custody. It was through their engagement with the Criminal Justice system that they became aware they needed to change or their life was mapped out for them in a cycle of crime and punishment. Jason was given a Drug Treatment and Testing Order in 2006 that forced him to take responsibility for himself. Working with mentors/sheriff, he made it work; he has been drug and crime free since 2009.

In March 2013, Kim received a Community Payback Order with a Supervision Requirement but the turning point for her was her son going to Primary School. She was introduced to The Violence Reduction Unit and became aware of the reasons for her offending (childhood traumas and experiences); she now works on a Modern Apprentice Scheme for Community Justice Scotland. While both have managed to turn their lives around they have experienced slip-ups along the way. Many people involved with the Criminal Justice system have the capacity and will for a positive change in their lives but support is needed to enable this journey. These success stories highlight the opportunity for change and recovery that leads not only to desistance, but also meaningful and productive lives. This can only be positive for society as a whole.

This event was excellent, with all of the speakers making informative and helpful contributions. I can only apologise to the speakers I have not discussed. The event showed me that caring, cross-agency communication and support is essential; that everyone has the right to support; to have their achievements recognised; and the role the Justice system can play in helping people to ‘turn corners’. Sheriff Wood described the feeling when someone has utilised the chance they are given as being the ‘most satisfying of his professional life’. No matter how complicated their life situation is, no-one should be given up on, as both Jason and Kim’s stories showed.

‘Jas’ is on placement with the Centre for Youth & Criminal Justice and this is his second blog for CYCJ. 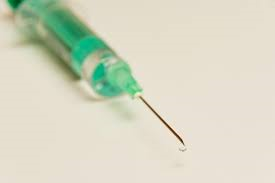