At what age are we responsible enough to make decisions?

On the day that Stage 3 of the Minimum Age of Criminal Responsibility (Scotland) Bill is being debated by the Scottish Parliament, our blogger David Grimm tells us why we should go higher than 12, based on his own experiences.

I was born in Edinburgh, raised between there and Glasgow and had social work involvement from the age of five or six; the exact age is unclear. I grew up between kinship care in family homes, drug rehabilitation centres, foster care and residential care. I am now 30 years old and have been living out with any familial environment for sixteen years. I recently counted the number of times I have moved residence.  Between grandmothers, aunts, mums, foster care, residential homes and homelessness I have now lived in 53 places. Fifty two of those were by the age of 20.

In the midst of all of these moves, uncertainty of lifestyle or where I was going to sleep, eat or go to school next, I was deemed by all the caregivers involved in my life to be able to make life altering decisions by ten years of age.  It is my firm belief that this singular decision was the first toppled domino in a series that would eventually lead to my being taken into care.

With the introduction of the Age of Criminal Responsibility Bill and the debate around raising the age of criminal responsibility from eight to 12, I have taken time to consider what I believe is a reasonable age for young people to be considered mature enough to be making decisions, therefore holding the responsibility of the consequences, whether they be positive or negative.

As I stated earlier when alluding to my personal background, I was allowed to make the decision to leave my mother and live with my father at the age of ten.  This seemed like a reasonable decision, but it was ill informed, and was allowed based on next to blind faith that I knew what was best for my life.

This decision was handed to a young boy not yet adolescent, a boy who grew up knowing the basics of right and wrong and how to be polite but had no sense of moral clarity. I was known to the local police, the social work and if I recall correctly, all of my teachers across two schools that I bounced between.

Reflecting back on how this decision was handled is quite concerning as I was clearly in no place of maturity, clarity or responsibility nor had any sense of what I needed in my own life.  All of this was known by the adults in my life. I would question on what grounds they felt that as a ten year old, they believed I should be making such life changing decisions.

This is not an argument for treating children like they can’t make their own choices but rather for consideration of their background, their maturity and development of their mental stages. Since starting college I have become aware of arguments around age and stage, and I would say that my brothers and I were never in-line developmentally with our chronological age.

All children, young people and their situations should be considered individually, with no “one size fits all” policies, so that any authority attached to the case will realise their responsibility to consider age, responsibilities and background when considering the young person’s case.

These are always difficult things to argue as on one hand the caregivers were empowering me to take charge of my own life and remove myself from a potentially volatile situation, but on the other hand I had no knowledge of how my father lived, how his family lived, his household culture or beliefs and in effect, allowing this decision essentially set me up to fail.

So, at ten years old I was old enough to choose to leave:

All without the required knowledge to make an informed decision.

Given that I was involved in the decision process – to an extent – and still feel horrified reflecting back on it, how can we as a nation expect a 12 year old to be making decisions and fully considering the consequences? Especially if said young person has grown up in an environment where they have no role model or example of positive behaviours.

It goes without saying that not all crimes committed by young people should go without consequence, as all young people are individual and circumstances will vary from person to person.  A young person throwing stones and breaking bottles – for the sake of amusement – should not be treated the same as a young person who has completed murder. None of this of course is black and white or easy to navigate, hence this bill is under debate and hasn’t been smooth sailing for the government.  But what should be made law, in my opinion, is that young people shouldn’t be considered conscious criminals until the ages of 16 to 18 and even this should be considered only under special or extenuating circumstance.

In conclusion, I would encourage the government to consider why they have chosen to up the age from eight (a child) to 12 (still a child), rather than taking the time to initially consider this point and realising the gravity that this debate would hold.

I would also encourage the disbandment of the proposed age and encourage government to push the age even higher to 18 with special consideration to serious crimes before this age.

David is currently studying social services with the aim of starting a social work degree in September.  He has an interest in youth, and hopes that by working alongside CELCIS, Life Changes Trust and CYCJ he can help to make the system better for future generations of young people.

He is also a graphic facilitator and likes to draw as much as possible, providing content for both the Independent Care Review and the Participation Network.  You can hear – and see – more from David via Twitter here. 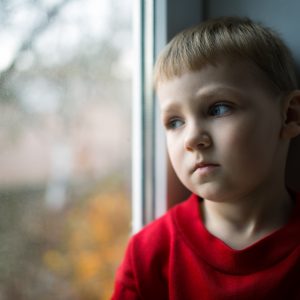