Dual diagnosis theory covers a wide spectrum of conditions. An example would be someone who suffers from anxiety and is also dependent on opiates. The diagnosing of this dual condition is tricky, as substance abuse can often lead to severe psychiatric problem. It’s therefore difficult to distinguish between a substance induced condition or a prior mental health disorder.

Both topics are hugely difficult to deal with for both staff and prisoners. Some of the reasons that dual diagnosis is so prevalent within the prison system may include:

Support to address both mental health and substance issues, including dual diagnosis, is crucial. Owing to recent research, it would appear that there is increased recognition of the above, and therefore a real opportunity to effect change. There are a range of initiatives currently being introduced to the Scottish Prison Service which give me hope. Scope for change can be seen with prisons introducing organisations such as Reach Advocacy, who to their knowledge are the only dedicated addiction and dual diagnosis service in Scotland, Phoenix Futures, a charity and housing association helping people overcome drug and alcohol problems, and The Wise Group, a social enterprise delivering services in employability and skills, sustainability, and community justice. Bringing these organisations into the prison system has allowed new channels to open up and encouraged more liberal views regarding addiction and mental health.

In early 2017, Phoenix Futures introduced a wildly ambitious project to HMP Barlinnie. I was lucky enough to be part of the original concept, which saw a recovery café brought into a prison environment. The logistics behind this project were challenging to say the least, as the philosophy behind the café was to be a safe place to talk about recovery without the input from staff.

The café has been running successfully since its opening and continues to be a place for prisoners to feel safe and work on their recovery. It has introduced countless prisoners to community agencies, which has helped change the life of some of the café attendees. The hard work paid off on a personal level also, as I was allowed to undertake another placement within the residential support service at Phoenix. The continued work between prisoners and Phoenix Futures has opened up a strong working relationship between the organisation and prisoners with a desire to change.

In May 2018 I attended an event at the Scottish Prison Service (SPS) College at HMYOI Polmont, which outlined the want for real and significant change within the SPS as an institution. The event had representatives from the majority of prisons in Scotland and provided essential knowledge and information to these establishments on how we should ‘start’ to implement recovery theory and models in a prison setting.

During the event, myself and Officer Robert Kerr delivered a presentation outlining the hard work and the blue print of the recovery café within HMP Barlinnie. The various prison authorities were both impressed and excited at the possibility of each prison having a similar recovery model individualised to each establishment.

There is a want for change within the institution of the SPS, however with policy, legislation, and an inherent link to the NHS, the task is made hard. Although there have been some real steps towards a better working model, in my opinion there is still a long way to go before dual diagnosis can be effectively addressed. 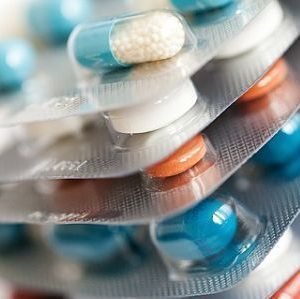