In November 2018, Deputy First Minister and Cabinet Secretary for Education John Swinney announced that Scotland will become the first country in the world to have LGBTI inclusive education embedded in its curriculum. In this month’s YOYP blog, Jordan Daly tells us what this decision means to him, and how it will support young people struggling with their identities.

It is well understood across criminological discourse that young people are vulnerable to risk-taking and misjudged decision making, which can often lead to offending behaviours – petty or otherwise. Some have referenced developmental changes during puberty to explain this, others have researched cognitive processes in the adolescent brain, whilst others have pinpointed socialisation and environmental factors – peer pressure, most popularly – as being responsible.

Perhaps one of the above is accurate, perhaps it’s a combination of each, or perhaps it’s none; but traditional mainstream discourses regarding youth risk-taking and offending has conjured a particular image in the social psyche of the public. The troubled kid, the tearaway, the hoodlum, the runaway…and so on.

Behind those stereotypes are the life stories of young people and, often, negative intrapersonal situations affected by social circumstances can drive youth towards a road of risk-taking, self-destruction and petty offending behaviours.

Coincidentally, many of the risk-taking and illegal behaviours in which young people engage – whether drug use or underage drinking and so on – are often means of detachment and escape, or the purging of internal emotions.

I work primarily within the field of LGBT inclusion across the education sector, and I have met LGBT people, young and old, who have a history with addiction or excess at some point or another. Being gay myself, and having struggled immensely to accept that from a very young age, I too am no stranger to such patterns of behaviour.

Approaching puberty, I began to internalise a lot of self-hatred as realisations regarding my sexuality emerged. I inhabited a society where all common messaging regarding gay and lesbian people was clouded in negativity; the use of homophobic slurs was widespread in school and amongst friend groups, peer attitudes towards the LGBT community were overwhelmingly negative, and the understanding that I was gay filled me with anxiety, dread, and placed me on a particular pathway.

It wasn’t long before suicidal ideation grew, and from this point onwards a pattern of risk-taking began. Early underage drinking grew to regular weekend binge drinking.

Granted – I didn’t partake in any serious illegality, but I know people who did, and some of those around me at that time did too. I also didn’t run into any trouble with the police but, to be honest, that was simply luck.

The reason I’m discussing this so candidly is because I can now look back on that period and understand what was happening. I was self-medicating and reaching for anything which would mask lingering emotions and feelings; anxiety, stress, and worry.

What I am urging is that we begin to understand that if someone faces social marginalisation, prejudice and exclusion because of who they are; then that very often brings on painful feelings, which for some unfortunately results in a pathway of self-medication and risk-taking.

If we look at our social climate, the prevailing prejudices that we face, and spiked hate crime instances – it isn’t too difficult to understand why this might be a pattern for some.

This is why preventative measures are so important, and bringing positive messages to young people – and education is the most important tool that we have to do this. We work directly with Police Scotland, training their School and Community Liaison Officers to understand what an LGBT-inclusive school can look like; how to work collegiately with teaching staff and school management in the area; and what approaches they might take to support a young person who may be struggling with their identities.

The Officers engage directly with people who have been affected by such issues, including myself and our wonderful volunteers Eleanor and Dean, and we encourage them to think outside of the box when handling instances within a school. We ask them to consider how they can contribute to a positive, inclusive cultural shift amongst young people.

That’s another reason why this week’s announcement that our campaign has been successful, and the Scottish Government is to implement LGBT-inclusive education in all state schools, is so powerful. Education is our most effective tool to achieving awareness, acceptance, inclusion and – crucially – empowering young people to be confident and aspirational in who they are.

In the years to come, LGBT-inclusive education will be the most effective tool in beginning to unwind the prejudices still faced by the LGBT community. This will have far-reaching consequences, across public sectors – including health, and the law. This is, indeed, an investment in the future of our nation.

Jordan Daly is co-founder of the Time for Inclusive Education (TIE) campaign, for LGBT-inclusive education in Scottish schools. Follow him on Twitter @jordandaly_ 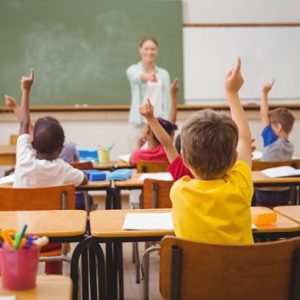