Help is in your hands

So, what went wrong during my time in care? To be honest, we should all know the history of wrongdoing in care settings, so I don’t think details are necessary. There are still investigations going on throughout the UK and beyond, and it is right that victims have the opportunity to voice their stories. Suffice to say, there were times when I witnessed, perpetrated, and often endured, a catalogue of varying forms of physical, sexual and mental abuse. What I want to speak about in this short blog is what helped me, because that is what is truly important. Initially, I will focus on three of the people whose impact on my life remains positive today.

The first person gave me a sense of justice. He explained injustice to me, gave me examples from the world over, and told me I could challenge injustice in my own life and beyond. He explained that the struggle would be difficult but that ultimately it would reward me, and it did. Eventually, I was able to decode my own feelings of injustice and understand them better. This enabled me to stop reacting ‘unthinkingly’ and consider strategies to challenge the perceived injustice in a more productive manner, to stop hurting myself and others just because others had hurt me.

Secondly, I was given a sense of fairness by another individual. They placed rules and boundaries appropriate to the age and stage of development of the children they worked with. They always explained why, and the reasons were valid, without exception. This person taught me to value property, and showed me, through their own behaviour, what was right and wrong. He was a truly decent and polite person.  Even when I was at my most aggressive and violent I knew, in no small part, that due to his way of being with me when I was at fault or when I had taken a wrong turn or when I had acted against my own conscience, what a good model he was.  I now try to emulate that every day.

The third and arguably the most important person who influenced me, gave me what I needed at a time when I was at my most vulnerable. I was a child, removed from all I had ever known, leaving behind a family that resembled an exploded landmine. I had been placed in an inappropriate placement surrounded by some of the most traumatised and vulnerable young people in Scotland. I was lonely, scared, angry and disorientated, and my world had no gravity. This person gave me love. All the positive people in my life gave me a form of love through their care and concern for my well-being. However, this person gave me demonstrable, tangible love, they told me they cared deeply for me. I saw this in their eyes and knew it was true. She told me it was ok to be scared, through her actions, she made me feel like the little boy I was. She was honest about the constraints the shift system put on her ability to give me the time I needed – I so desperately needed – but she was unfailing in her commitment to showing me that the world was a place where love existed, a love that was gentle, kind and good. Her name is Irene, she came to my room at night and gently stroked my forehead and the wounds from my episodes of self-harm. She whispered that things would be ok, and that I could be happy and successful if I listened to the ‘good’ voice in my head. She would stay until I fell asleep, past the end of her shift. On those nights, those four nights per month, I slept soundly. Children need love.

Lastly, I want to speak about the importance of education. I was always slightly above average in certain subjects at school, and some effort was put into keeping me in school. However, being introduced to the class in the high school of a tough neighbourhood as ‘David from the home’ did nothing to ease my passage through the day. I eventually left with no qualifications as did many young people from a similar background. I returned to education at 21. An access course gave me the opportunity to gain a place at University without the pressure of exams. The path away from offending directly coincides with starting my educational journey. Educational courses are places we can meet a peer group who value achievement. Where, through gaining knowledge, we can discover ourselves and understand our own lives as they relate to others. We can develop our skills and talents, and access opportunities in the labour market. In short, education is often the main driver for improved life chances.

There must be no limit to the amount of investment in providing education, training and employment opportunities for young people. Further to this, there should be no limit to the investment in mental health services. The consequences of detrimental experiences in childhood and adolescence reverberate throughout the lives of those who experience them. They impact on those around them and therefore on society as a whole. Everything is connected. Health services and education opportunities are what underpin a caring and progressive society.

I am in the 1% of care-experienced young people from that time who went on to gain the qualifications I have. I have had it said to me that I am exceptional. I don’t buy into that at all because it isn’t true. I am an exception, not exceptional, which is indicative of the failure of a system that has ill-served so many (though things are certainly moving in the right direction now). I was a decidedly average care-experienced person. There were many others with abundant talents and skills who were lost due to not receiving the support they needed. A stark reminder of the importance of the job is evident in the fact that more of those I was in ‘care’ with have died through drugs or misadventure than went on to gain a university qualification. I myself considered suicide on more than one occasion. We were all capable of success, even if it comes later in life.

I urge everyone working alongside a young person to always keep in mind that they have the potential to be your colleague. See the potential in the person, don’t be side-tracked by present behaviour. Also, demonstrate love the best way you know how, through the care you have for others. If it is genuine then the young person will recognise it and it may influence them throughout their life. Even if they don’t initially accept it, you have planted the seed and a seed planted with love will generally grow, even in the harshest of environments.

This month’s blog is by David, a freelance educator and lecturer who contributes to social care policy consultations and thinking around the education of looked after children and young people. He has experience of working in social work, both the statutory and voluntary sectors, primarily with the looked after community. He is also a father and is care-experienced. 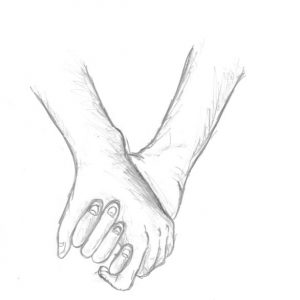