Can you imagine having the place you call home pulled away from you without any notice? That’s often been the experience of young people involved in the justice systems, many of whom have lived in multiple places during childhood.  In this blog, Charlie McKenzie-Nash explores their feelings around home, and how this brought them into contact with police.

What is home? Is it the house where our parents put us to bed each night, kissing our forehead as they switch out the light? Is it where we sleep easy, after a hard day’s work, trusting we will wake up safe in the morning? Is it where we are free to make ourselves a bowl of cereal at 3am if that’s what we want to do? Is home a house, a street, a city, or is it not a place at all but rather a feeling of familiarity and comfort?

These are questions I ask with sincerity, as my childhood has left me with little understanding of “home”.

I moved four times before my first birthday. In the 11 years that followed, I was in a state of constant motion. I have been pulled from my bed in the middle of the night and placed in a car, still half asleep. I have arrived home from a hard day at school to be told that I am staying somewhere else tonight. I have lived in places where I am told my bedtime and have no freedom to have a 3am bowl of cereal, even if I am hungry. I have stayed with friends, with uncles, and with grandparents. I have shared a house with complete strangers, brought together only by the fact we have no home, and no one to care for us. I have slept in many beds, more couches, and some floors. Sometimes for a night or two, sometimes for longer. The shortest being sixteen hours, the longest being six years. Because “home” was not a concept I understood, my place of residence not associated with safety, there was no appeal to staying there when things got rough. There was no fear associated with running away, or “absconding” as the professionals would call it in meetings, because I had no sense of leaving somewhere safe to go somewhere dangerous.

I know of too many people like myself, who have moved 25 times in 25 years. I have heard stories of “unplaceable” children, in the triple figures. I have sat and listened to my friends sobbing as they describe how their experience of the care system left them feeling more like cattle than children. For the sake of myself and others, I stopped comparing these traumas long ago. It is not the amount of times I moved, but rather the threat of moving and the consequent feeling of never settling that has left me confused and afraid. I am left with a strong sense of injustice in the face of a system that was designed to protect us from harm, and yet leaves its own.

On most occasions when I ran away, the police were called. After finding me, they would present me with a choice – would I like to go with them? Only, as I found out, this was not a choice but a request, a polite way of saying that if I didn’t go with them, I would be restrained by two or more police officers and thrown into the back of a police van, clothes torn and screaming. Being taken “home” was the part I started to dread most, as it felt more like ritual humiliation. Two officers would march me into the office, where we would have “the conversation”. Not the “how can we help?” or the “what’s causing you to feel the need to act in this way?” conversation, but the “incident number” conversation, the “if you do this again, we will consider prosecution” conversation. I never asked what charges they would press against a traumatised and distressed young person, or indeed why they thought that pressing charges was an appropriate solution at all. I never had the chance to ask. I now understand that I ran because I saw the risks inside my own “home” as equal or greater than the risks outside of my home. I was in perpetual fight or flight, and ready to flee at the slightest hint of danger. Taking away my option to run but keeping me in a traumatic environment meant that I was only presented with one other alternative – to fight. This, too, resulted in police intervention and the threat of prosecution, and only served to trap me deeper in the cycle. In many ways, I was only as wild and unruly as the environments I found myself in. It is only with a good year of processing and a lot of looking back that I understand that for so many years of my life, I felt like a prey animal, always wary, never resting.

Again, I ask, what is home? It’s a place I feel unequipped to deal with as every council tax letter finds its way through my door. It’s a place that I am constantly aware I’m only one missed rent payment away from losing. It’s a place that I can never settle in, never believe to be my own. It’s a place I have lived for almost a year now, but have left scarcely touched, afraid to leave my mark and get attached, only to find myself packing up again. It’s a place that I feel guilty about inhabiting, a place I actively avoid, because my experiences have led me to believe I do not deserve safety. In my mind, shelter is a privilege to be earned, and I have not yet earned it.

These days, that looks like ambivalence. I find myself walking a strange line between uniquely terrified of losing “home” yet not really caring if I should lose “home” and find myself sleeping on another’s couch again.

It is hard to explain this sense of confusion and anxiety with those that have never known anything other than solid roots. However, I think all of us have experiences that we can use to empathise, and provide us with the smallest insight into what another experiences. In Carol Ann Duffy’s poem “Originally”, she boldly claims that “all childhood is an emigration.” This is a metaphor not only for her own childhood experience of moving from Scotland to England, but also for the universal truth that childhood is a transitory stage that is synonymous with change. But, as the poem highlights so distinctly, it is clear that all “emigrations” have a lasting impact, even if that doesn’t show itself immediately. I can only imagine that Carol Ann Duffy did not intend for her poem to resonate so strongly with care experienced people, but as she describes the alienation of moving and vividly recalls the feeling of having to adapt to a new home, it is something that I feel within myself.

Charlie is a member of various groups, and recently completed a justice focussed art programme through CYCJ and Staf’s Youth Justice Voices’ Artivism.  Look out for a digital exhibition of their work soon!  You can hear more from Charlie here where they often speak and tweet about their care and justice experiences.  They would love to hear your feedback on this blog.

CYCJ has also undertaken work to inform, influence and support improvements to local and national practice in responding to offending in residential care, along with Staf. The Next Steps project led to Police Scotland rolling out training to encourage a joined-up response to incidents to reduce the likelihood of criminalisation, offending or reoffending. Find out more. 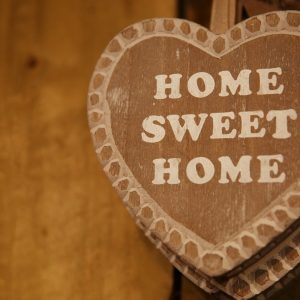