Joint enterprise – does the punishment fit the crime?

‘I deserved some form of punishment, yes, but I don’t deserve this.’ Dr Susie Hulley (University of Cambridge) and Dr Tara Young (University of Kent) discuss young people’s social relations and violence in the context of ‘joint enterprise’ and their new study on this.

‘I don’t regard myself as a murderer, I will never accept that I am a murderer, because I ain’t a murderer. I didn’t kill nobody. I didn’t have no intent to kill anybody.’ (Stephen, convicted of murder, received ‘life’ sentence, required to serve minimum of 16 years in prison)

‘[…] I still think it should have a different title or a different label to somebody who’s actually taken somebody’s life. […] by calling me a murderer you’re saying I killed someone, and I haven’t actually physically killed someone. If you want to convict me of being there, of contributing to murder or whatever else, whatever other wording that describes the role that you play, instead of labelling. Because, to me, murderer means you’ve killed somebody, do you know what I mean? The title means you’ve done – you’ve taken somebody’s life and when you haven’t, but you’re still under that umbrella because of this joint enterprise, well, it should be pulled apart a little bit.’ (Bella, convicted of murder, received ‘life’ sentence, required to serve minimum of over 20 years in prison)

Stephen, Bella and Cary (not their real names) were participants in a study of men and women serving very long life sentences from a young age (see Hulley, Crewe and Wright 2014 for details). Here they lucidly articulate the illegitimacy and anger felt by individuals convicted as ‘secondary parties’ for murder using, what is commonly referred to, as ‘joint enterprise law’.

In fact, there is no such thing as ‘joint enterprise law’. ‘Joint enterprise’ is a term given to a complex set of legal principles that have developed in case law over many years, which allow for multiple people to be held accountable for the same principal offence. Until recently, when the law changed, it tended to be used to describe three scenarios, two of which drew on the principles of ‘secondary liability’.

One scenario involved, for example, two individuals (D1 and D2) fighting another person (the victim), during which D1 produced a knife and stabbed the victim to death, while the other (D2) shouted verbal encouragement. Here, D2 (the ‘secondary party’) would be liable for murder if it could be shown that s/he encouraged (or assisted) the murder and intended to encourage (or assist) it. This remains the case.

The other involved a situation, for example, in which two people (D1 and D2) agreed to commit one crime, such as a burglary, and during that crime one of them – the principal party (D1) – committed a second crime, such as murder. Here, the secondary party (D2) could also be convicted of murder if it could be proven that s/he foresaw the possibility that D1 might have committed murder. This was known as ‘parasitic accessory liability’ and was the most controversial form of ‘joint enterprise’.

The Supreme Court abolished ‘parasitic accessory liability’ (CPS 2017) in a landmark judgement in 2016 (R v Jogee and R v Ruddock). Now foresight that the principal party (D1) might commit murder, for example, would not be enough to convict the secondary party (D2) of that offence (although it could be used as evidence of intention to encourage or assist the crime). The change in the law rectified a peculiar (and, many would argue, particularly unjust) anomaly that meant that previously a secondary party could be convicted of murder based on a lower ‘mental threshold for guilt’ (foresight that the murder might have occurred) than the person who stabbed the victim, for example (who had to intend to cause grievous bodily harm or murder) (Bennathan and Taylor 2016:1). We do not yet know the full impact that this change in the law has had on practice, although we do know that all appeals that have been launched in response to the change have, so far, been refused.

The application of ‘joint enterprise’

There is no systematic collection of data monitoring the use of ‘joint enterprise’.

A research report by the Bureau of Investigative Journalism (2014) calculated that joint enterprise (defined broadly) was used in up to 44% of homicide prosecutions, although it was not clear how many prosecutions resulted in conviction.  Jacobson and colleagues (2016) analysed 61 CPS case files, involving multiple parties charged with the same violent offence, and found that a third resulted in two or more people being convicted of the principal offence.

Research studies have raised questions about the perceived legitimacy of joint enterprise among those who are subject to it, based on concerns about retributive justice and distributive justice

As highlighted at the start of this blog, research conducted by Cambridge University found that many men and women convicted as ‘secondary parties’ did not believe that their murder conviction was fair. Many felt that the consequent life sentence was a disproportionate response to the part they played (if any) in the offence and receiving the same conviction and sentence as the person who physically stabbed or shot the victim felt acutely unfair.

This study also highlighted the potentially disproportionate impact of joint enterprise on young black and mixed race men, who were overrepresented in the sample of ‘joint enterprise prisoners’ serving long sentences from a young age. Further research (by Williams and Clarke 2016) supported these findings and argued that the term ‘gang’, or associated ‘cues and signifiers’, was invoked by the police and prosecution to demonstrate ‘common purpose’ among young black and minority ethnic  males, as well as association and ‘foresight’ of (often violent) behaviour.

This existing research is invaluable in informing us of the potential ‘dragnet’ effect of joint enterprise and the perceived illegitimacy of this legal doctrine for many of those already convicted as secondary parties. Yet, we know very little about the knowledge and understanding of this doctrine more broadly and about how it is applied by those who investigate and prosecute cases of group violence.  Our new research study, funded by the ESRC, has been designed to examine these issues.

Keen to avoid the trappings of focusing on a ‘gang’ narrative, two of the study’s four main aims explore young people’s social relations more broadly, as described by young people themselves and as constructed by criminal justice practitioners.

The first aim is to provide an analysis of young people’s social relations and how these influence and shape their involvement in serious group violence. The second aim is to document young people’s legal consciousness – their perceptions and experiences of the law – as it relates to serious violence generally and joint enterprise specifically. The third aim is to provide an analysis of criminal justice practitioners’ interpretations of young people’s social relations and the extent to which these influence practice in cases of serious group violence.  The final aim is to document criminal justice practitioners’ legal consciousness related to ‘joint enterprise’ and the impact of recent changes to the law on practice.

Semi-structured interviews will be conducted with four groups: young people in the community, not specifically identified as involved in group violence (a ‘college group’); young people in the community identified as having been involved in group violence; individuals imprisoned for serious violence involving multiple parties when they were young; and criminal justice practitioners (police officers and lawyers) involved in investigating, prosecuting and defending cases of serious violence involving multiple parties.

The visual methodology of ‘photovoice’ will be used to engage young people and criminal justice practitioners in dialogue on the key issues raised in the study. One of our priorities is to include young people throughout the study, not just as research participants, so we have invited them to sit on our ‘field advisory group’. They will inform the research methods, assist with access to young people ‘in the field’ and shape the dissemination of our research findings.

Ultimately our study aims to provide a rare, theoretically informed and empirically grounded account of the impact that joint enterprise is having on the ground at a crucial time: the impact it is having on the work of practitioners and, crucially, on young people in the community.

If you’re interested in finding out more, get in touch with Susie and Tara at sh563@cam.ac.uk and     t.l.young@kent.ac.uk. 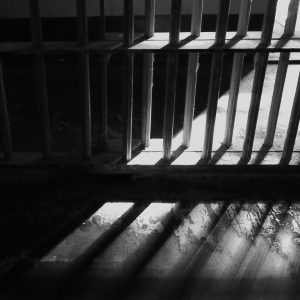