“Music can give young people a way to open up”. With the recent ‘Ban Drill’ debate linking drill music to violence and crime, Amy blogs about the importance of this music to young people – and why we should listen (both to what the music and the young person is telling us).

Drill music often provokes contentious and emotive discussions which are typically linked to violence, crime and gangs. One of the main implications of the genre is that it can glamorise crime and some argue that for this reason it should be banned. An alternative perspective is that the existence of drill is indicative of crime and societal issues which exist regardless of the music, drill just makes it harder to turn a blind eye to it.

I was inspired to write this after being given blanket guidance as a young person’s practitioner that I should not allow young people to listen to drill music in the presence of staff. The ‘Ban Drill’ debate has previously played out in mainstream media with the main argument for a ban being that drill glamorises, encourages and can be linked to violence, whilst those who opposed argued this would be censorship and would negate the right to self-expression. Of course, the debate is not as straightforward as this and would be a separate blog post. My argument is that ignoring or disallowing listening to drill is less effective in supporting young people than listening with them and inviting understanding and productive conversation.

Music is important to a lot of (young) people and often reflects aspects of identity. Whether it’s drill or classical music, I would bet showing an interest in the music is more likely to be appreciated and inspire conversation than to have it shrugged off as “a load of rubbish” and told to stop listening to it. Moreover, if a young person hears judgement being passed on music which they relate to, it is possible that they will feel this judgement on a personal level.

Showing an interest and being curious about young people’s music and the themes raised in it can be enough for conversations about their experiences and opinions to transpire. Listening together can help to facilitate conversations around whether drill glamorises violence and can be an opportunity for productive and meaningful debate. However, drill is more than glamorising crime as there are also lyrics which touch on trauma and pain, artists’ experiences with the justice system and what they have learned. In fact, lyrics often discuss the road to desistance and some encourage a life without crime:

Now I’m tryna make it out the hood
Make music and live this life
‘Cah beefin’ over a postcode is a waste of time now, I’ve realized
Back then I was young and reckless
Now I’m thinkin’ wise

With young people who listen to drill music, the glamorisation of violence should be something which is worthy of conversation, rather than being shut down. Additionally, these conversations can go hand in hand with related adverse experiences, trauma and pain. Music can give young people a way to open up to practitioners which is comfortable and on their terms, and practitioners’ discomfort or lack of understanding of drill should not be a barrier to this. It is very likely that people can listen to drill music without being directly influenced by it. To that end, the aim should be for young people to listen to drill if they wish to with the ability to recognise glamorisation and not be inspired by it.

Young people listening to drill music should be the beginning of a conversation, not the end of it.

Amy McCourt is a newly qualified social worker who graduated from the University of Strathclyde in 2020.  She has experience of working in residential childcare and did a placement in secure care during her time at university. 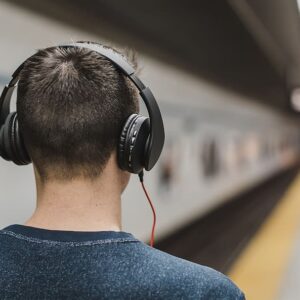