The Pilton Youth & Children’s Project FACENorth Group focusses on alternatives to crime in Edinburgh north. More information about this project can be found here.

What age should you start to be charged from and why?

“14, because that’s when you start getting in trouble and learn stuff.”

“16, that’s when you get the jail so should get charged starting then and maybe people would stop doing stuff by then coz they know they will get the jail.”

But what about being responsible for things you do.  If no one could get charged before 16 do you think more crime would happen or would it stop people?

“Oh yeah. People would go crazy and do the most stuff so maybe aye about 13/14.”

Do you know what age someone can get charged?

“About 8 because my wee brother was charged.”

What would you think if they moved the age from 8 to 12?

“Not many 8 year olds get charged.”

Why do you think they would move it?

“Because you are maybe too young to know what you are doing. When you are like 14 you know more about what could happen – like getting charged/jail.”

“There’s not that many 8 year olds that get charged and so the police probably aren’t going to spend that much time going about looking for 8 year olds.”

“When you are younger you get more workers anyways so shouldn’t need a social worker or that when you are 8.”

“What you do when you are 8? By the time you are 16 you have forgot what you did then.”

What’s your experience of the criminal justice system and how did you find it?

On being charged by the police:

“I was charged for something I didn’t even do so I was annoyed but nothing I could do.”

“I was charged and was quite scary as I hadn’t been charged before.”

“I’ve had to go up to St Leonards and been charged. They put you in handcuffs and into the cells.”

On police breaking through their door:

“There was about 20 of them, they were the loudest and took all my stuff. They didn’t tell me what was going on and just wrecked the place. My mum was going radge, my wee sister was screaming, they took my birthday money and my Xbox.”

On being stopped by police:

“They wanted to know what we were up to. My mate said he wasn’t telling them.”

“I’ve been stopped and they just wanted to ask where we were going then let us go.”

On being stopped and searched:

“I was 15. I had nothing on me. I was stopped and searched but they found nothing so took my details and let me go.”

On going to Children’s Hearings and having a Social Worker:

“I got put on supervision so was ok.”

“I’ve got a social worker; never see them.”

“I have to go to meetings all the time and it’s annoying and it’s always about the bad stuff. They talk about what I’ve been up to, what trouble I’ve been in.”

Who helps you when you have been charged?

“Police, had to wait for a lawyer to come – it took ages.”

What would they change about school and education?

“What you learn – I don’t like most of the subjects.”

“Make it more interesting and fun.”

“Give us stuff we need and that will get us a job or that.”

What are your views on territorial fighting?

“There’s people that come from (other areas) looking for a fight but it’s not a big thing.  It doesn’t happen that much anymore.”

“(Some areas) don’t fight each other coz we know everyone.”

What are your views on motorbike offences?

“We like motorbikes. All our mates do. That’s normal about here. Bikes are always about and is easy to get one.  Being on a bike feels amazing. Some of us are minted at riding and can do the best tricks. It gives us something to do. Some go out on ‘the rob’ and get bikes and that but some don’t and just get a shot. There’s even some of us that don’t go on bikes at all. We don’t want to be getting chased off the police, get lifted or go to jail but sometimes stuff happens.”

What do you like about life in your area?

“We all look out for each other. We all do other things too though – some are on courses, working, at college and some are still at school. (Other young project) helps us find stuff to do and are really good to us.  They care about us and never give up on us.”

What would you change about life in your area?

“We would change the way everyone else looks at us – they pure stare at us like we we’ve done something wrong when we’ve done nothing. We want people to see that we do really good stuff like pass tests, get work and do other good stuff.” 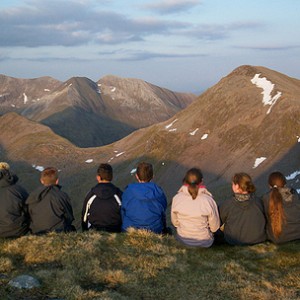