With the newly revised Diversion from Prosecution Standards soon to be launched, our guest blogger Kenny looks back at the intervention that ultimately helped him chart a path away from crime.

At 13 I started getting involved in some behaviour in my community that people said was “anti-social”. I was just hanging around with my pals with nowhere to go. I started to drink alcohol and was taken home drunk by the police when I was in 2nd year, much to my Mum and Step-Dad’s horror. However, life at home wasn’t great and I preferred to be out with my mates drinking, blocking reality out.

I started to hate school and everything that went along with it. My contact with my Dad was getting less frequent, the more chaotic his life got with drugs and prison. My Gran took really unwell too. My Mum’s mental health was always dipping and she went into real bouts of depression. We very rarely had much money to go around at home, which made things harder. Everything was getting on top of me and my only positive was my mates and the laughs we would have, somewhere I felt I belonged and was accepted.

I started to get more involved in hanging around with older groups and began to take drugs, mainly ecstasy, on top of my drinking. I spent less time at home and school and more time out and about in the streets, sometimes getting involved in fights, damaging property and other things that I knew wasn’t right but didn’t have any appetite to stop it. I wouldn’t go home for days on end, sleeping on couches of mates and generally doing anything I could to avoid going home. The more time I spent in the community, the more trouble I got involved in, resulting in regular incidents with the police, two of which resulted in me being handcuffed and sent to the local police station.

The first incident was in relation to a fight with another group that got out of hand, some of my friends at the time using golf clubs and knives. I was questioned, said nothing and was then released without a charge. The second incident I was found in possession of ecstasy and charged at the police station. When I left the police station, I always remember one of the officers who took me in saying that I could make different choices and move away from the road I was going down. I had an issue with the police for most of my life, particularly seeing how the justice system and police impacted family members and older friends, however that conversation still resonates with me.

I initially got a letter through to say that I was going through the ‘Diversion from Prosecution’ scheme and would be seeing a social worker. It felt official when the letter came through the door and I was apprehensive about going. Some of my pals told me to ignore it and just deal with whatever happens, saying it was a waste of time anyway. One of my other friends, who was heavily involved in crime at the time and would go on to take his own life in prison, told me to go to it and use it to get myself sorted. He took me into the office and showed me where it was and I’ll always be grateful to him for that.

From the first session with the social worker I felt comfortable. He took a bit of time to get to know me and find out my interests. Each time I went to visit him he would ask things like football scores that showed he kept me in mind. The small things mattered to me back then, I felt that school and everyone else had more or less given up on me, but this guy was there and willing to help. I actually looked forward to the sessions. My life was in chaos, spiralling out of control until that moment where I made the decision to start making some positive changes. For the first time, I felt somebody spent a bit of time talking to me about what was going on and understood that things weren’t great but I could move forward if I started making better choices, giving me options and hope.

I never felt intimidated when I was with him and he never tried to put the fear in me about what my life would be like if I went down the path I was following. He was upfront with me and honest about what would be ahead in that road, but focussed more on the positives and the chances that would come from making better choices. It wasn’t easy for me, but I started to distance myself from that lifestyle and explored options such as college and employment.

I am grateful for the opportunity to go on the diversion route after all those years. My life would have been different if I was convicted of a Class A drugs possession, never had the opportunity to engage with the social worker and skipped straight to court like my friends. The relationship I built with the social worker was something new and doors opened for me from that, notably through my confidence and self-esteem lifting off the floor. Over the last few years I have went to America on holiday, for my honeymoon and 30th birthday, and if I had that conviction that wouldn’t have been possible. I had the opportunity to make different choices and I followed that path because someone believed in me at a time when I felt nobody else did, myself included.

I have spent my adult life working with children and young people in a bid to try and support them to get onto better paths. I attended the National Youth Justice Conference and left feeling very positive about the real changes that are happening in communities across our country. I will continue devoting my work to supporting young people, using my own life experiences, knowledge and guidance to try and be that person who listens properly, believing that everyone we work with can have a bright future. I remember being that young person that everybody had written off and my message to those going through their own trouble is that things can always get better, believe in yourself to be the best you can be.

I recently took an ‘ACE’S Test’ and as you can imagine, scored very high with warning signs all over the place with how my life could pan out. I have experienced a bumpy ride over the last 30 years of life, however I got my head up at the right time and moved my life forward. Some of my friends done the same, others couldn’t do it and are still involved in the justice system today. It is my firm belief that if you have experienced adversity in life, you can recover and go on to let that shape you into a better person. I am now married with a family and love my kids to bits and I would never have thought that 15 years ago when I first met that social worker.

The new revised Diversion from Prosecution Standards will include guides for best practice for police, Procurator Fiscal, social work and Third Sector.  Developed through collaboration between these partners, the standards update the 2011 guidance, and adopts a more holistic approach which seeks to provide people with a swift response to criminal behaviour. They will published on the Community Justice Scotland website. 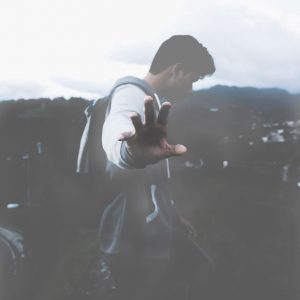