The shape of IAP

Fern Gillon is Improvement Coordinator for Inclusion as Prevention (IAP), funded by the National Lottery Community Fund and delivered by CYCJ, Action for Children, South Lanarkshire Council and the Dartington Design Lab. Here she talks about the project’s approach, aims and potential impact.

“Life is simple, but we insist on making it complicated” Confucius

This quote for me summarises where ‘Inclusion as Prevention’ fits in a complex and complicated landscape. There are simple ‘truths’ we know about young people who experience negative outcomes; we know retrospectively that those who experience the most severe elements of the youth justice system are some of the most vulnerable and marginalised; we know that there is more we could do to support all young people and their families and communities; however, we are mindful that some of our endeavours, despite being benevolent, may in fact have the opposite impact. Simples eh!

As such, ‘Inclusion as Prevention’ seeks to re-shape the design and delivery of preventative services with children and young people in South Lanarkshire who are at risk of offending, and their families. Over five years through co-design and co-production, the project will re-design support by shifting from the often acute and crisis driven approach taken when a young person becomes involved in offending, to provide earlier support when they are risk of becoming involved in future offending or other negative outcomes.

In many ways the approach is not new or novel, but what I think is so important is the commitment to remain committed to truly preventative and inclusive approaches (which we already know support young people) and a wholly benevolent intention to intervene early against a backdrop of political uncertainty, increasing austerity and rising inequality. To do this I think we need to remain mindful that while the approach and the principles of inclusion, prevention and early intervention are on the surface simple – they are at the same time inherently complex and at times potentially contradictory. It will be for us to watch out for the pitfalls, and grapple with how they can be navigated.

For me young people have to be supported to spearhead this shift – without them to keep us on task it is likely we will resort to our (often) complicated system responses.

As improvement coordinator, I see my role as pulling together and utilising the learning around what is needed and what works best from young people, their families, the community, practice and existing learning in these areas. For the remainder of year one I will be drawing together some of the key messages from the literature around inclusion, prevention, early intervention and related topics such as rights; developing our understanding about best practice in these areas from across Scotland; and finally developing an improvement methodology informed primarily by young people’s, families’ and communities’ needs and wants but also building on practice experience and baseline data. As my previous research found, despite our efforts to intervene earlier in the lives of young people in order to address potential wellbeing concerns, in some cases the mere contact with social control agents can be detrimental to young people’s future involvement with services irrespective of their behaviour or concerns, similar to the Edinburgh Study (McAra and McVie, 2011) findings on formal system contact. It is easy to slip into practice which merely expands the system in the hope of improving outcomes, rather than fundamentally changing the approach. It’s about moving away from asking, “What can we do with what we have” to asking “What will it take to do what needs to be done” (Foege, 2011).

I’m so positive about the lasting change which is possible through this project, and the real impact it has the potential to have on children, families and communities in South Lanarkshire. I’ll be sharing our learning, the successes, as well as the trials and tribulations over the course of our five years.

Don’t be shy – if you would like to take part in the scoping study on best practice, or to know more about the project please contact me.

And look out for the next installation from Eddie, Engagement Officer for IAP with Action for Children. 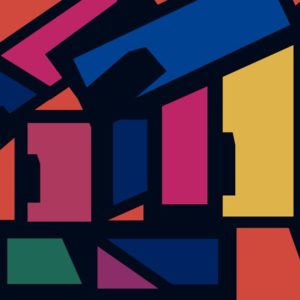