In the midst of a growing focus on girls and young women, Nina Vaswani warns against excluding boys and young men from ‘gender issues’ in society.

It was good to hear Morning Call on Radio Scotland earlier this week, in response to the International Day of the Girl Child on October 11, debate the issue of whether there is too much of a focus on girls and women today and whether it is time to talk about boys.

Don’t get me wrong, I think that the issues facing girls and young women at home and around the world are considerable: sexual exploitation, domestic violence, sexual assault, rape, genital mutilation, discrimination, inequality in pay, a criminal justice system designed around the needs of males.  The list goes on…these are all issues that often stem from a society that historically, or still too often at present, has been male-dominated and, of course, it’s quite right that there has been an increased focus on the needs of women given these social and cultural contexts.

But without trying to diminish the importance, or the hideousness, of the issues facing females, I do worry that when we talk about ‘gender-based’ issues but we really mean ‘female’ issues, we are only considering half of the problem.  With men blamed for so many of society’s ills, surely it’s essential that males are given the opportunity to be part of the solution to this problem?  These issues won’t go away until men (but also society as a whole) change, and simply focusing on females will not facilitate this process.

In some ways, and in this country at least, boys can be viewed as getting a raw deal right throughout the life course.  Boys are more likely to be born prematurely and are at higher risk of death and disability as a result.  Boys go on to be more likely to suffer from Autistic Spectrum Disorder; to have a diagnosed learning disability; to perform more poorly throughout school and to be less likely to go on to university.  More alarmingly, hazardous alcohol use is implicated in the deaths of almost one-third of males aged 15 to 29 in the developed world, and suicide is now the leading cause of death among young men aged 20 to 49 in the UK.  This discrepancy continues until old age, with a report published by Independent Age in the same week documenting the increasing isolation and loneliness of older men, compared to their female peers.

Why might this be the case? I have previously written about male vulnerability and the gender-gap help-seeking, and how a reluctance or an inability to seek help for emotional, practical or physical problems until things reach crisis point leaves males open to prolonged suffering.  This suffering can cause males to act out in ways which mask their emotions, such as displays of anger or frustration, leading to their behaviour rather than the underlying feelings being addressed.  No wonder so many young males end up excluded from school, or filling the nation’s prisons.  To highlight, when I interviewed young men in Polmont about their bereavements it became clear that they were expressing their pain in maladaptive ways: “Like I don’t think I would be here if my Gran didnae die because my behaviour kinda changed, I’d no been in prison before but after my Gran died everything got worse just from there, I just started drinking a lot more and I drink every day now basically.”

So what can be done?  On Morning Call, Alice Thomson (a Times journalist) thought that we might erroneously assume that boys are doing better in society than females, as has been the case in the past, and therefore they become to some extent ‘neglected’.  Maybe then simply refocusing on gender in its truest sense will help rebalance our approach to males and females?

Other callers suggested that parents, in particular fathers, need to be role-models to their sons (and daughters).  Certainly the young men I spoke to in Polmont took their cue about how to act from their fathers: “I mean I’ve never seen my dad cry…when ma Granda died I didn’t see him greet, when ma Gran died I didn’t see him greet.  I spose I’ve just always kinda held back myself as well, rather than talk about things…”  Given that gender differences in help-seeking emerge from around the age of three, supporting parents, early education providers and society as a whole to model appropriate behaviours and to stem the reinforcement of gender stereotypes is crucial.

This reluctance to talk was also raised by callers to the show, with some believing that males didn’t want to share things that were bothering them.  We certainly need to make sure our services are responsive to males, for example by not relying so much on ‘talking therapies’, or by finding ways to make these approaches more acceptable to males.  The young men in my bereavement study didn’t really like talking about their emotions, but did seem to derive some benefit in telling stories of their loved ones that took more of a biographical narrative rather than dwelling on their pain: “It’s actually been really good, see even just this, just answering a few questions, speaking about it, bringing back up some of the memories and stuff you know.”

Whatever the solution, let’s not stop focusing on girls but let’s also focus on young men. That way we may be able to really tackle gender issues in society.

Nina is Research Fellow with CYCJ. In addition to youth justice, her many research interests include bereavement, loss and trauma, the vulnerability of young males and violence. Read more. 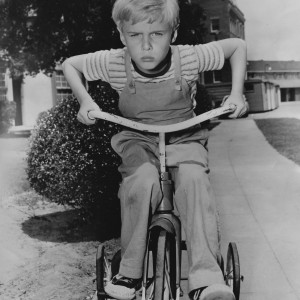