The JukeBox – giving a voice to lockdown

Can theatre survive lockdown – and if so, what would it look like? The team at Glass Performance have more than answered this with the JukeBox, an interactive radio show created with, and for, the young men in HMPYOI Polmont. Here Jack Tully tells us how JukeBox came about, the secrets behind its success – and what it means to the young men who were involved.

Lockdown has seen ideas around connectivity, community and togetherness completely change and shift. The JukeBox came about as a result of re-imaging what these terms mean and what delivery of the Polmont Youth Theatre might look like at a distance. It was one of three Glass Performance projects during this uncertain and unprecedented time; first there was A Way of Passing Time and then InTune. The JukeBox is a bi-weekly interactive radio show created with, and for, the young men in HMYOI Polmont. When I joined the JukeBox team in August, Gudrun and Ricky were nine episodes in and I joined ready to record Episode 10. Since then we’ve recorded five more episodes on themes of celebrations, dedications and comedy, alongside three Christmas Specials. I’ll get to these special Specials later.

Now I think it’d be helpful to explain what creating an episode looks like as Gudrun and I co-create the interactive JukeBox. Although A Way of Passing Time, a letter-writing project has come to an end, letter writing hasn’t stopped. It’s how we have a conversation with the young men, it’s how we find out how they are, it’s how they contribute to the show; it’s how we stay connected. Each episode has a theme which they suggest, and every week we stay in contact with the JukeBox team with a letter. We ask them a series of questions that inform the new episode. In every letter we ask the team to “tell us what to play, who to speak to and what to talk about” and it’s through these letters we can do exactly that.

When I first joined the JukeBox team, connecting through letter writing was something I was uncertain about. Would I be able to make meaningful connections with the young men? How possible is it to co-create through letter writing? It probably shows my age, or lack of, when I say letter writing, aside from a Christmas card, was not something I had spent much time doing; everything is online, through email or one of the various messenger platforms. But, the answer to my questions and concerns was definitely an affirmative yes; through the hand-written form an awful lot of ideas, emotion and personality can be shared. The questions we posed on a weekly basis were answered with honesty, insight and more often than not, very good humour. I feel very lucky that each week we got to spend several hours writing and reading letters and getting to know such a brilliant group who make up the JukeBox team.

In creating the episodes our aim has always been to provide the platform for the young men to make the creative decisions. We gather together all their responses to our questions; they might be song requests and accompanying stories or interview requests (some are easier than others so if you’re reading this Lewis Capaldi, we’d love to get you on the show!). We get their all-important critiques and feedback from the previous episode, their thoughts and output from the creative task that Gudrun sets each week, answers to the ultra-competitive quiz, short stories and workout-regimes. This is what informs each episode, we then curate the episode to ensure that all their voices are properly reflected and very importantly we don’t miss any of their song requests!

So much of the success of the JukeBox comes down to the universality of music, I think. Through the nature of the JukeBox we were able to engage with many different young men that we hadn’t worked with before. So many of them had music to share and interesting and personal stories that went along with their suggestions.

We were never short on what to play and in a time of increased isolation and lockdown, this was something they could get involved with that was immediate and tangible. Each week they heard their contributions, however big or small, coming through the Polmont radio waves and the impact of their engagement on how it shaped and informed each episode. A very special shout out to the Media Centre for the help in getting the show on the air, a key part of the JukeBox puzzle.

From the outset, the aspiration of the JukeBox team was to have the young men involved as much as possible and this meant eventually co-creating and recording their own segments. As soon as we asked the young men if they wanted to be involved in something for the festive period, it was clear we were going to need more than a singular Christmas special, three was more accurate and is exactly what they did! Ten young people created and recorded 23 different segments. We had DJ sets dedicated to friends and family, music and raps performed by the young men, a segment all about mental health and an impassioned segment asking us to change our ways and protect our planet. As you can read, the variety in their segments made for three fantastic Christmas Specials. All in all, Gudrun and I recorded about ten minutes of our own voices over the three episodes – the other five hours were the JukeBox team’s voices, stories and songs.

Without the partnership working on this project the JukeBox wouldn’t have been possible – the Barnardo’s Youth Work team and the Performing Arts Officer were vital. As Gudrun and I couldn’t be in the space recording with the JukeBox team, our partners did an incredible job in rehearsing with the team, using the technology for the very first time and assisting the team in recording their segments.

It was a special and emotional moment when we – Gudrun, Louise (our amazing Project Manager) and I – listened to the first recordings on November 26. We heard their segments and their voices for the very first time having spent months communicating through letter writing. We heard the sound of chat and laughter in the room around them, the background noise (Gudrun, the editor of these specials, might have different opinion on this noise however!) significantly sounded like a group of young men really enjoying working together, supporting each other and importantly having a good time. I think that was what was so special about it, they had become a team.

In such a challenging time for the young people in Polmont, all of us at Glass Performance are incredibly proud of everyone who contributed and made the JukeBox what it is today. It was an opportunity to form new connections and in doing so, they have created a new community and I am delighted that the JukeBox will continue over the coming months with Ricky re-joining the team once again.

Jack Tully is Assistant Artist at the JukeBox. 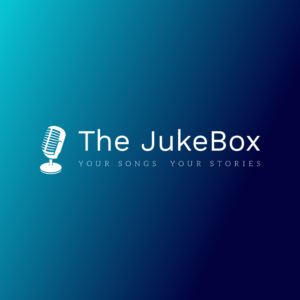