What a difference a year makes (or does it)?

For the last three years, CYCJ has published information on the number of young people in custody and secure care on a monthly basis and reviewed trends each quarter. Having changed our reporting system in December 2015, we now have two years’ worth of monthly average data to compare.

This blog aims to highlight these figures as illustrated in the graph below and to contribute to the discussion regarding the long-term trends and implications of these figures.

Figure 1: The monthly average number of under 18s in custody and sentenced in secure care in Scotland. December 2015-December 2017

These figures allow us to examine changes from 2016 to 2017 each month by plotting the numbers of different groups of young people and the total number of young people in custody in Scotland. We can see there has been a reduction in numbers since 2016.

Figure 2: Percentage reduction in number of young people in custody from 2016 to 2017 (based on the average monthly means across the year)

When the numbers are examined more closely, the overall monthly mean for 2016 was 77.4 total young people in custody, whereas for 2017 this had reduced to a monthly average of 55.1, a reduction of 28%, as shown in figure 2.

Although it may be more difficult to see on Figure 1, each of the groups of young people who make up our under 18s in custody or secure care reduced in number from 2016, with the exception of young people aged under 16 which has remained at 0 throughout. Figure 2 aims to highlight more clearly the extent of these reductions. Taken together this information indicates:

*It should be noted this only refers to those young people who Scottish Ministers are responsible for placing and managing (i.e. Children under the age of 16 and those aged 16 -17 and subject to a CSO who have been convicted under solemn procedures and sentenced to detention under section 205(2) or Section 208 of the Criminal Procedure (Scotland) Act 1995; and all children under 18 who have been convicted of murder under section 205 of the Criminal Procedure (Scotland) Act 1995). This does not include children placed in secure care on remand (Section 51 for the above legislation) or having been sentenced under summary procedures (Section 44) as these figures are only available annually. What can be said however, is that we still have a high number of young people in custody who arguably could be in secure care. The ethos of the Whole System Approach (WSA) advocates that where children are removed from their community they should be placed in secure care, rather than young offender institutions.

Although we have figures over two years, the figures to come in subsequent years will be most interesting. Are we seeing a genuine trend here or something less concrete, which might fluctuate back? Although these limited figures suggest a change in one direction over time we don’t entirely know if that’s the case and if so, why?

The importance of context

While the reduction is welcomed, we must remain mindful that we are working with an incomplete data picture which impacts on our ability to gain a full understanding of youth offending. For example, at the most primary level, Police data is only available until 2012/13 meaning we do not know how many detected offences have been committed by under 18s since this time. What we do know however, is that while the number of young people convicted at court has reduced, the number of young people referred to the Children’s Reporter on offence grounds, having markedly reduced between 2005/06 and 2015/16, instead increased in 2016/17 (CYCJ, 2017; SCRA, 2017).

Indeed, what the numbers represented in figure 1 may reflect is a reduction in offending among young people but without access to data recording offending among this age group we cannot be sure this is the case.

Moreover, it may be that these falling numbers instead reflect a change in the way systems respond to that offending, i.e. via the Whole System Approach, but again we cannot be certain given the deficiencies in data recording, something which it is surely vital for policy makers and practitioners to know.

Additionally, we still lack information and data on outcomes for young people in the justice system. Until these issues are addressed, our understanding of youth offending and our ability to contextualise the above figures will remain limited and therefore problematic.

CYCJ will continue to publish monthly average figures, which when combined with the above will enable future comparison and monitoring of trends. This is in addition to the work of the Developing Capacity and Improvement Implementation Group; Secure Care Strategic Board; and discussions prompted by the publication of “Children and Young People in Scotland: Looking Behind the Data”, which should continue to aid our developing understanding of our young people in secure care and custody and what lies behind the data. We look forward to continuing the discussion… 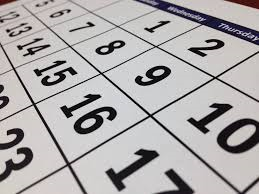