What road do we want to go down?

Alison Gough, Secure Care National Advisor, shares her reflections on a decade of secure care in Scotland – and why we need to listen to the young people who are showing us the way.

…Who Cares? Scotland and the University of Strathclyde published a report called: This isn’t the Road I want to go down: Young People’s Experiences and Perceptions of Secure Care (Barry and Moodie et al, 2008).  The title of the report directly quotes one of the 76 young people who took part in this in-depth consultative project, which was unique in its scale and five year immersive exploration of secure care centred on young people’s accounts and insights about their personal experiences.

The project team engaged young people in individual face to face interviews and also used questionnaires.  These looked into experiences and transitions throughout their secure care journey, from arrival, during their stay there, moving on from secure care and reflections once they had left.   More than this, the team of project workers who were employed by Who Cares? Scotland and funded by Scottish Government to deliver the Secure Care Project, worked directly with young people in and on the edges of secure care from 2003 to 2008. They based themselves at the secure care centres, offering advocacy and participation support to young people as well as ensuring that the 17 substantive recommendations from the project meaningfully reflected their priorities.

The wide reaching recommendations called for:

The report’s conclusions focus very much on the impact of the contained environment and the relational climate and how this affects young people’s wellbeing, identity and day to day life whilst in secure care.

…The Securing Our Future Initiative (SOFI) report was published.  SOFI was commissioned by the Scottish Government to comprehensively review secure care in Scotland, on the back of emerging findings from the wider review of residential childcare in Scotland (the National Residential Childcare Initiative known as NRCCI).

SOFI recognised that there would be a medium term continuing need for a form of contained (secure) care, to keep safe the most vulnerable young people where there is a high risk of or actual extreme harm to self and or others.  But whilst the SOFI Chair and contributors were equipped with the findings of the Secure Care Project, the emphasis in SOFI was on the systemic issues, within the developing GIRFEC framework, and the need to ‘look beyond’ secure care and develop a comprehensive and cohesive nationally agreed and locally delivered menu of community based help and supports for these young people, including a review of access to mental health care and treatment.

The SOFI recommendations were strategically and structurally focused, with a particular emphasis on the commissioning approach as a vehicle for achieving consistent standards and practice, and the report called for investment in ‘alternatives to secure care’.

The Scottish Government and Convention of Scottish Local Authorities (CoSLA) fully accepted all nine of the SOFI recommendations and strongly endorsed the principles underpinning the vision the report described.  In 2011, Scotland Excel (the national procurement agency which acts on behalf of the 32 Scottish local authorities) began the process of establishing a national framework for contracting secure care providers. Also in that year, Young Minds published an in-depth report which explored the SOFI recommendations relating to mental health and in particular whether there was a need for increased adolescent in-patient CAMHS provision and the interface with secure care. A working group involving University of Strathclyde academics, Care Inspectorate and secure care practitioners among others was also meeting at that time to draft national standards in relation to secure care and restrictive practice, and the group hoped that these would become integrated into the statutory regulation system.

Yet six years after SOFI reported, there were no specific national standards in place in relation to secure care.  The intended full review of CAMHS provision for young people in and on the edges of secure care had not been undertaken, and the 2015 Looked After Children Strategy didn’t even reference secure care.  When the Scottish Government commissioned CYCJ to deliver what became known as the Secure Care National Project, the brief included exploration of many of the same issues which had been live during the Who Cares? Scotland project back in 2003-2008.

I met with 60 people with lived experience of secure care during the Secure Care National Project for focused conversations about their experiences, and most were children and young people who were staying in secure care at the time that they talked about their lives and care journeys.

I deliberately did not read the Barry and Moodie report until these conversations had been completed, and when I did I was struck by the startling similarities. This led me to read other reports – young people interviewed in secure children’s homes in 2014; young people in secure care in Northern Ireland in 2016…and time and again the same key messages arose about young people’s perceptions and experiences clearly indicating the need for a radical rethink of how we view young people in crisis and the need to respond in a rights based, protective and nurturing rather than punitive way, which focuses on needs, vulnerabilities and strengths, as well as risk management.

The Secure Care National Project called for a deep dive into the relationship between the care and justice systems, the Children’s Hearings System, the use of custody, secure care, mental health services and intensive community supports described as ‘alternatives’ to secure care.  The project created a space, enabling the various professional partners to air, explore and debate strongly held assumptions, perceptions and beliefs, about the purpose, effectiveness, costs and value of secure care.

These conversations were taken into the Secure Care Strategic Board – but they have not yet resulted in comprehensive and concrete decisions about the purpose and place of secure care as a response to young people in extreme crisis. In Scotland, we still imprison more 16 to 18 year olds on sentence or remand than we care for in secure care settings.

…the Scottish Government led Secure Care Strategic Board, which was established in response to the key findings and recommendations of the Secure Care National Project, based at CYCJ, reports to Ministers.

The Board was set up as a vehicle for involving young people and ensuring their influence in driving ‘transformational change’ across the system in relation to improving the outcomes and experiences of young people who find themselves in or on the edges of secure care.  The Board considered every recommendation that was put forward in various reports during the Secure Care National Project and related research – and that meant mapping out 49 substantive recommendations to shape the remit and Terms of Reference for the Board and its work streams. Now the Board is handing parts of its work over to the Independent Care Review and draft national standards are at long last being considered.

But I am left wondering why our most frequent answer to ethically complex and vexing issues which affect the most marginalised and vulnerable young people is to ‘review’ and research the question – when generations of young people have already shown us the way.

Alison Gough joined CYCJ as Secure Care National Advisor in 2015. She has an extensive career focusing on supporting children, young people and their families, and in particular looked after children and young people, and is passionate about ensuring all policy and practice developments are underpinned by learning from lived experience. 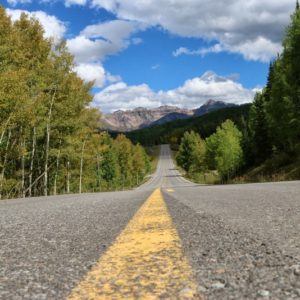