Autism and offending – a mother’s experience

As we heard from Louise, family members are often affected by their child’s involvement in the justice system. Elizabeth* reflects on what could have helped her son who was not diagnosed with High Functioning Autism until he came into conflict with the law.

Little was known about autism in the eighties when my son was a child. Although concerns were expressed by teachers and health professionals at every stage throughout his childhood, no-one ever mentioned autism or suggested he should be tested.

He was a gentle, quiet and anxious boy who found comfort in routine. Other children avoided him or, psychologically and physically bullied him. During his second year at high school he made a friend who introduced him to hardcore internet pornography. This was to prove a tragic combination with his as-yet-undiagnosed autism.

He went on to perform well in his exams and later worked a 25 hours per week part time job while studying full time at University, graduating with an honours degree and going on to secure a good job in IT. He chose to work permanent night shift as it was a quieter environment, where he was greatly valued by his employers who praised his logical thinking and attention to detail. He was displaying all the classic traits of autism but we didn’t recognise them as such. He was in a relationship and eventually married but it was obvious his mental and physical health were deteriorating.

Our lives fell apart the night the police phoned to say that he had been arrested and charged with downloading indecent images of children. Not producing, sharing or communicating on social media. Solely viewing material on his home computer. His wife threw him out and never spoke to him again.

A therapist assessed him as having an addiction to internet pornography. This made sense to us as from a very early age he developed obsessions about many obscure subjects which had to be researched to a professional level.

As a first time offender his solicitor expected him to receive a community payback order. To our horror the criminal justice social work report stated he showed no empathy towards his victims. It was also noted that he had no mental health problems despite his medical records highlighting his long running battle with anxiety. He may also have made a bad impression due to difficulty in maintaining eye contact and his wrongly perceived “know it all” attitude. All of the above are well known and often misunderstood autistic traits but the social workers did not recognise this.

The Sheriff seemed to ignore all the mitigating factors and focussed on the social work report. He was sentenced to 13 months in prison.

An appeal was lodged and he was eventually released pending the Hearing but the 71 days spent in prison had taken its toll. He received no therapy during that time and due to his protected status he spent all day locked in his cell only allowed out for an hour three times each week when we visited.

It was while we were waiting for his appeal to be heard that his therapist suggested testing for autism, and was diagnosed as having High Functioning Autism.

The following week his sentence was quashed at high court and replaced with a community payback order, but the damage had been done and the job he loved had been lost. His HR Director refused to give any consideration to his long service and dedication to his job or to his diagnosis, despite an appeal being lodged.

Despite his excellent work record, my son’s chance of getting another job when he has a disability and a criminal record is slim. Employers look at the wording of the Civic Government Act which says “takes, or permits to be taken or makes an indecent photograph” and assume it means there has been contact with a child. This is very misleading and is also used in the press to sensationalise articles without offering any explanation as to the true meaning of the offence. The wording on Disclosure Scotland certificates is equally confusing and very damning.

Loss of his job and difficulties finding another have contributed to a further decline in his mental health resulting in his doctor and DWP finding him unfit for work for a while. He was considered by social workers to be unsuitable for group therapy due to his social anxiety and was not offered an alternative, so the very small sum of benefit money he received was spent on continuing his private therapy until we thankfully found Cornerstone, a wonderful charity which supports people with disabilities in his situation.

He applied for a post graduate course at university but there are difficulties associated with that too. Despite university welcoming his application and the desire of police and social workers that my son return to study or work, restrictions on his computer use is a barrier to both. If he is unable to do either his mental health will never improve. A dreadful worry when research shows that the suicide rate among those with high functioning autism is 9 times higher than the general population and they have an average life expectancy of only 58.

My son is a wonderful, kind and gentle human being who has been bullied and taken advantage of throughout his life because of his differences but he has never complained or retaliated. He committed a crime which would not have been possible only a few decades ago and may well have been avoided if his autism had been diagnosed at an early age and he had received the support he needed, including a good sex education tailored specifically for those on the autism spectrum. This would also have avoided the great stress that has been placed on the wider family.

Staying safe on the internet is a challenge for anyone but for those who feel isolated from their world it is a greater challenge. The combination of their naivety and a strong compulsion to collect information, along with clever marketing techniques of the pornography industry can lead someone down a very dark rabbit hole, particularly when they don’t possess the gut instinct which most of us rely on to keep safe.

We need to make sure our young people are diagnosed as early as possible so they can receive the help and understanding they deserve. Once they reach adulthood both are in short supply; the general public and many in the criminal justice system are not trained to recognise the disparity between emotional and logical development which can exist in a person with autism.

If you would like to blog about your experiences of the justice system, please contact via ross.a.gibson@strath.ac.uk. 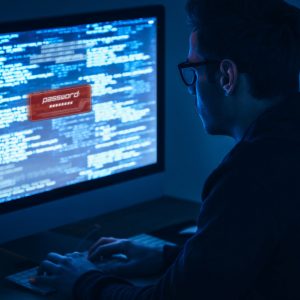