In this month’s Year of Young People blog Josh and Lauren, members of the Communic18 team who have helped to co-design this year’s programme of events,  discuss current plans to amend the Age of Criminal Responsibility, and why they think this is long overdue.

“Let’s help our UK counterparts follow the path that we, Canada and the Netherlands have taken” Josh

Recently, the Minister for Childcare and Early Years Maree Todd declared that “All children deserve the best possible start in life” – and she is right. The age of criminal responsibility in Scotland is still eight – the lowest in the European Union. It is a disgrace that had resulted in the submission of the Age of Criminal Responsibility Bill.

Over the years, thousands of primary school children across our nation have been referred to a Children’s Hearing. They are often immature, emotionally underdeveloped, or have in most cases fallen into unfortunate circumstances, be it bad influence or lack of parental presence. They trusted that their best interests would be at heart. Instead, they walked out of these meetings entering the vicious, non-forgiving cycle of re-offending.

Thankfully, our government have introduced this Bill, once again setting an example for the UK to follow on youth affairs. In a 2016 consultation by the Scottish Government, “95% agreed the minimum age of criminal responsibility should be raised to 12.” Join them, in this Year of Young People and bring along our English, Welsh and Northern Irish counterparts, helping them to follow in the footsteps of Scotland, Canada and the Netherlands. After all, who does not want a fairer Britain?

At eight years old, I was a happy child. My main concern was whether or not there was enough coco-pops in the cupboard for breakfast the next day. I didn’t have a care in the world.

Being so young, I made so many mistakes, but fortunately I had the opportunity to learn from them and to change my behaviour so that I didn’t make these same mistakes again.

I was shocked and horrified to learn that that the age of criminal responsibility in Scotland is eight years of age. What happened to believing in second chances and giving young people new opportunities? If at eight years old you are found guilty of a criminal offence, it will have a detrimental impact on the rest of your life. It will place an enormous strain on family life, you may be sent to a juvenile detention centre and who knows what you may face in the future when trying to seek employment.

I firmly believe that the actions of young people have a deeper meaning, due to situations that they are facing in their personal lives. I am not excusing this behaviour, but I am saying that we should be working to ensure that these young people get the help they need and deserve to work through these issues rather than be put through the rigorous criminal justice system at such a young age.

Young people who have been involved in the justice system at an early age have a much higher rate of suicide than others and this is another step in the way to prevent these deaths.

Raising the age of criminal responsibility is a massive first step in criminal justice reform and it is one that I am pleased to see happening. 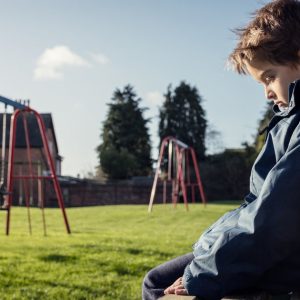