Why we’re empowering young people to take the lead

CYCJ is a partner host for the National Leadership Network, a new initiative that will empower care experienced young people to become leaders in their community.  Ross Gibson reflects on the real meaning of leadership – and why taking a collaborative approach can lead to ‘something even greater’.

Leaders are everywhere; in politics, work, sport, groups, gangs, bands and more.  Some are better than others.  Some are much better.  What makes them successful depends on their ability not merely to say the right thing at the right time, but to know when not to say anything at all.  When to listen, to give someone the chance to have their say, and to acknowledge that they don’t have the answer, and – in the most impressive of leaders – when they aren’t even sure what the question is.

For me, leadership cannot be reduced to a one particular role or style.  It’s not limited to adults, or to those in power, or indeed to those who even know they are leading.  It is an intangible attribute that can be developed and borne by anyone, anywhere, in any circumstances.  Age certainly isn’t a barrier, with recent examples demonstrating the impact that young people can have when they walk the walk, rather than take the often-trod path chosen by adults who merely talk the talk.

When Greta Thunberg first took strike action in 2018, her simple act of removing herself from the classroom in protest against the inaction of those in power who perpetuate the climate crisis was very different from her actions in Glasgow last year.  Then, speaking to millions – perhaps billions – around the world she stood as the head of a global movement.  To begin with, she merely stood alone outside a school.

Closer to home, the direct action and campaigning undertaken by the Glasgow Girls to end the cruel and inhumane use of dawn raids not only pushed agents of the state to reflect on their conduct, but foregrounded behaviour which had become a stain on the way the Home Office treats children.  Not only did their campaign prevent the deportation of their friend, but I’d argue that without the Glasgow Girls it is possible we may never have seen the collective leadership we saw at Kenmure Street.

These are grand, narrative changing actions; but not every act of leadership is, nor needs to be.  A school pupil who steps in when another child is being bullied.  A young person who lobbies for improved leisure facilities.  A teenager who contributes to governmental consultation.  These too are ways in which the world can be influenced and shaped by the act of speaking up and taking a lead, and at CYCJ we want to encourage that as much as possible.

That’s why we are delighted to be partnering with Columba 1400, Resilience Learning Partnership, Staf, and Who Cares? Scotland to collaborate on a five year project which will see us assume responsibility for the National Leadership Network (NLN). Drawing on our expertise and position within our own fields, it is the hope that its sum of our parts will be greater than what we could otherwise have achieved if just one of us had been unilaterally leading on this project.  For those of you of a certain age the cartoon TV show Transformers may best articulate what we are hoping to achieve.  Like the Transformers, the five partner organisations are individually capable of playing our own role in creating a better landscape for children and young people.  But – like when Transformers combine and mix into a new, bigger entity – our aggregated powers and talents lead to the production of something even greater, and with increased impact.

But the Network isn’t really about organisations playing at being Autobots or Decepticons, but rather about using our collective spheres of influence to ensure that young people have opportunities to become leaders in whichever way they define leadership to be.  We’ll be led by the young people themselves, and the exact details of what we will collectively seek to do are still to be signed off by our young people’s steering group.  This is, of course, exactly how it should be.  NLN will look to support young people – particularly those from parts of our communities who are often denied the opportunity to become leaders – to acquire the confidence to find an issue they are passionate about, and want to change. It will then fall on the five constituent members of NLN to collectively support, train, promote and encourage those young people to fill the role of leader, to challenge the status quo and to speak up.

At CYCJ we have already seen the impact that Youth Justice Voices and STARR have had in changing policy, practice and attitudes due to their leadership.  They’ve spoken up just like Greta and the Glasgow Girls did, and their leadership has made lives better.  Now – with the help of NLN and our partners – we believe we can create the right environment for even more young people to transform society. 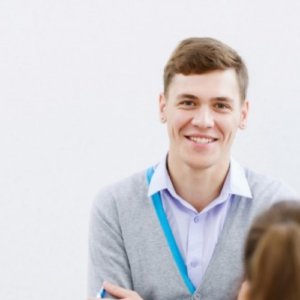