What’s it like to be a plot consultant on one of the most controversial and popular shows to hit our screens in 2020? CYCJ’s Ross Gibson was asked to give input on The Nest from a social work perspective – here he shares his experience, and reflects on the intentions and impact of this show.

A lot of us have been turning to Netflix, Zoom or Tik Tok to stay occupied during the Lockdown. In March and early April, BBC One broadcast a new five part drama called The Nest which proved successful in doing just that, with over five million viewers for its final episode on Easter Monday. Given that my diary was unsurprisingly free I decided to watch; not only because I was interested in the intersecting issues of criminal justice, family, poverty and power, but because I had been involved in the show as a consultant.

I had been asked by the show’s creator – Nicole Taylor – to provide input on different aspects of the plot, content, dialogue and so on. At first I was unsure. I didn’t want to be part of something akin to poverty porn on Channel 5, or something that would play on all the well-worn tropes that are too often used by the media. So, I researched Nicole and found out that she had been responsible for Three Girls; a genuinely realistic and honest dramatisation of the grooming and sexual abuse crisis which had affected Rochdale. Having then met Nicole, and been reassured that the piece would seek to contribute to a national discussion around rehabilitation, human agency and the role of social work I thought that it would be good to be part of something that had these aims, as well as being something exciting to be involved in.

The role of social workers James and Janice was the area that I contributed most to, suggesting how and why they would be supporting Kaya as she makes the transition from secure care to living independently. As well as some of the minor contextual issues – the lanyards, the rubbish work phones, the union poster on the wall of the office – I was pleased to see other realistic features of practice were included. Those of you who watched the series will have seen that James turned out to be passing personal data to an organised crime family, inadvertently leading to the murder to one of the minor characters. For the sake of clarity I can confirm this was not something that I have personal experience of. It did lead to one of my favourite moments though, with Kaya – perplexed by police attempting to arrest James – shouting “he’s a social worker ya fanny”, perhaps showing the trust that she had placed in him at that time, and alluding to her belief that someone in his position would be incapable of such a clear breach of ethics. To be honest I was apprehensive about the reaction that this development would elicit from my friends who are in practice today. My text messages that night both confirmed and allayed my fears, but we need to remember that this is drama; make believe, art. Just as millions of us watch fictional accounts of lawyers, police and politicians, we – as a profession – ought to expect social workers to feature in dramas which touch on the very terrain we navigate on a daily basis. Sometimes the portrayal will be flattering, sometimes it won’t, but surely any vehicle to introduce discussions of the meaty subjects that underpin the situation is to be welcomed, and surely it is better to be inside the tent when these portrayals are being devised?

I had only read the scripts for the first four episodes, so was unsure how it would end. The role that Janice played in that episode – advocating for Kaya, pointing out what could be achieved if she got the right support and showing a cool head in the midst of a crisis – was good to see, and I hope will go some way towards showing the public exactly what social work can do. Thankfully there are a lot more Janices than Jameses in practice too, although to be fair to him he showed many admirable qualities too.

For me, the final episode – and the series in general – boiled down to a longing for family, and for a better life. The brief reconciliation of Kaya and her mum showed the power of attachment to bring children and their parents back together, despite the details of how Kaya came to enter secure care in the first place. Similarly, we saw the lengths to which people will go to create their own family, with Dan and Emily taking advantage of a vulnerable young woman in a way that they couldn’t had she been older, more financially secure or being supervised on licence by justice services.

Driving many of Kaya’s behaviours was a desire to escape a life of poverty which, for many children leaving the secure or prison estate, must seem inevitable. I think the series did well to contrast the situation that countless care leavers face – living alone in small homes in areas of high deprivation, replete with anti-social behaviour and drug abuse – with the tremendous wealth and privilege that Dan and Emily enjoyed. In their world money was no object, their home was simply amazing and they had the means to acquire whatever they desired… including a child. In this light it is easy to see why Kaya would decide to help herself, by helping others; it also brings into sharp focus the ethics and legalities around surrogacy. I’d need a far longer piece to reflect on about this in any great detail, but again I hope the public airing of the issue may lead to greater awareness and consideration of the implications of existing, and future, legislation.

As many people have commented on Twitter, The Nest offered a degree of escapism from the catastrophic events that are playing out around us. The realities of life for a young adult living alone and with well intentioned, but stretched support, featured throughout and hopefully will have changed a few minds about those who are seeking to lead an independent life after time in a care system, including secure. I’m glad that ultimately Kaya seemed to end up in a position she was happy and comfortable with, and hope that perhaps others in her position will have been given a bit of hope by what they saw. In that respect I’m happy to have played a tiny part in making this TV show, and happy that it was Nicole who decided to write this story. 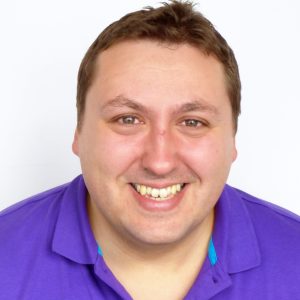