Listening to young people is not enough…

January is a time when many of us look back at the road we have already travelled, and look toward our aspirations and hopes for the year ahead. In this piece, Ellen Maloney considers what role participation could have played in her life growing up. You can follow Ellen online via her twitter account @eatsleeplaugh.

‘Youthquake’ was the Oxford Dictionaries Word of the Year for 2017. The definition being ‘a significant cultural, political, or social change arising from the actions or influence of young people’. Young people are speaking up and asking to be heard, asking for change and asking to have influence over the world in which they live. It’s time we paid attention.

I grew up in institutional care of one sort or another – psychiatric hospitals, general medical wards, secure units and adolescent mental health facilities. I was moved from place to place every few months, sometimes hundreds of miles away from home. With every placement, a new group of professionals would take over my care, step into my life and start making decisions on my behalf. We would sit down, and they’d talk about me as if I wasn’t there. Then they’d ask me what I thought about the decisions that had been made. I’d often walk into these meetings, with my advocate in tow, having prepared something to read out, hoping that I could influence some of the decisions being made about my care. The decisions had been made before the meetings even began and whether I was there or not became irrelevant. I would go into meetings and know that decisions had already been made. My invitation to contribute to discussions was nothing more than tokenism.

Whether it’s the care system, the healthcare system, or the educational system, it is easy for people to get lost inside a process that is designed for people to fit into, rather than the other way around. Instead of seeing young people as problems to be solved – as I often felt – how about giving young people the support to influence and shape their own pathways forward?

The reason this is so important is because of the life-long consequences of failing to fully engage with young people and let them stand in the centre of their own stories. When I was growing up, I would sit in care-planning meetings and hearings and I was talked about, I was talked to, and I was talked on behalf of. But very rarely was my voice heard. I was deliberately silenced and kept out of conversations. My voice, my thoughts and opinions and what I wanted or needed, did not matter. This is important because it has a lasting impact. I’m in my 30s now and I still struggle to believe that what I think or need actually matters.

Listening to young people is not enough. We need meaningful participation. We need a national strategy that gives young people the space and support to shape and develop their opinions and views about their individual and collective lives, and give weight and influence to their views. United Nations Convention on the Rights of the Child states that “the child’s views must be considered and taken into account in all matters affecting him or her.” In 2015, in light of the Convention, Ireland adopted a National Strategy on Children and Young People’s Participation in Decision-Making. The Irish Government formed its strategy guided by the belief that children and young people are the citizens of today, and not just the adults of tomorrow. As part of the development of Ireland’s strategy, Professor Laura Lundy, of Queen’s University, Belfast, set out a checklist for participation for organisations working for and with children and young people. The checklist was designed to ensure that children have the space to express their views, that their voice is enabled, that they have an audience for their views, and that their views will have influence.

Had this checklist been in place in Scotland when I was growing up, it would have given me opportunities to shape my own care and my own future. It would have meant that instead of seeing the adults around me as people who wanted to control me, I’d have been able to build trusting and helpful relationships with these adults. These are the relationships that, ultimately, have been transformational in my life as I’ve got older.

Participation is not about giving young people a voice. They already have that. Participation is about letting children and young people’s voices have real weight. It is about recognising that every young person has the right to be actively engaged in the making of decisions that will influence their lives.

2018 is the Year of Young People in Scotland. After consulting with hundreds of their peers, a group of 35 YOYP ambassadors have chosen ‘participation’ as one of the key themes to influence the year ahead. They have asked for the chance to influence decisions that affect their lives. My view is that it’s not a chance – it’s a right.

My hope for the Year of Young People is that it will be a year full of Youthquakes, and that we as a nation embrace every single one of these as opportunities to learn from and be guided by young people.

How many Youthquakes will it take before we see children and young people in Scotland as citizens of today and not just the adults of tomorrow? 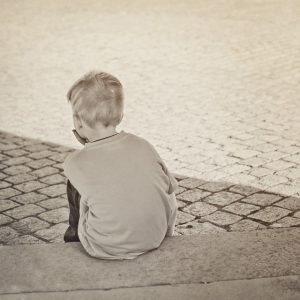