In her latest blog, CYCJ Associate Claire Sands tells us about the crucial role data is playing in addressing the unnecessary criminalisation of children in residential care.

I’ve been working on the Howard League Programme to end the unnecessary criminalisation of children in residential care in England and Wales for the last three and a half years. The project was set up to look into reports by police forces that some children’s homes were calling them out too much and for incidents that a parent would not have called the police over.

We were aware from other Howard League projects that being able to evidence the size and extent of problems was essential to effective policy and lobbying work. When we started the project, there wasn’t any publicly available data to back-up the reports we were hearing. Over the course of the project we have worked hard to remedy this. On July 8 this year we published a briefing Know your numbers: using data to monitor and address criminalisation which set out the results of two Freedom on Information requests, one to all 43 police forces in England and Wales and the other to the Department for Education in Westminster.

The Department for Education data shows that children in residential care in England are being criminalised at disproportionately high levels compared to other children, including children in other types of care placements (mainly foster care). There was some good news to report though in that levels of criminalisation had dropped from 15% to 10% between 2014 and 2018. We know that some of this will reflect recent, very significant, reductions in the number of child arrests in England (see the Howard League’s latest annual report on child arrests for more information).

However, the last three years has seen substantial concerns raised around the unnecessary criminalisation of children in residential care in England – in part through the work of the Howard League – and significant developments in tackling the problem, notably through a government protocol aimed at reducing unnecessary criminalisation of all children in care and the requirements introduced by Ofsted, the English regulator of children’s homes, in April 2018 for children’s homes to provide details of police contact in its pre-inspection questionnaire, following lobbying by the Howard League. I have felt that there is an impetus to tackle the problem and I have spoken to many committed people across the police, youth offending teams, local authorities, children’s homes and other organisations working towards positive change. Credit is also due to the children and young people who have spoken out about and campaigned on the issue.

The data we received in response to the Freedom of Information request to police forces revealed that although rates of criminalisation are falling, there are still very high levels of police contact with some children’s homes in England. The 26 forces that sent data told us about nearly 23,000 call-outs during 2018. Over half the forces told us about homes in their areas that had called them over 100 times and a number reported homes that had called over 200 times during the year. Revealingly, over half the calls related to missing incidents.

Not all forces were able to provide us with data and many of those that did told us about issues with the data resulting in incomplete and inaccurate data sets. We know from forces who have used data to address problems in their areas that analysis of data by forces can enable the police to address problem areas and drive down levels of criminalisation (examples are provided in our Best practice in policing briefing).

We are aware that some of the calls to the police will be an entirely appropriate response by children’s homes to a serious situation. Every call to the police, however, whether appropriate or not, indicates a serious problem in the life of that child; these may be personal issues for that child or failings within the home, or other parts of the care system that are adversely affecting them. The data can be the starting point to identifying a problem exists and beginning to address it. It can also provide vital insights into the risks facing children and help improve safeguarding responses. For example, the types of offences children are charged with whilst missing might indicate very serious problems, including child sexual and criminal exploitation.

Our report calls on police forces in England and Wales to review and improve current recording and reporting systems to enable them to understand and address unnecessary criminalisation and safeguarding in their areas. We’d like to see police call-out data published annually and we recommend that the Department for Education include data on criminalisation by placement type in their annual statistical reports on looked-after children.

CYCJ’s Next Steps report highlighted how important data has been to the work they and partners have done in Scotland to tackle the criminalisation of children in care and reiterated the message from their 2016 report, ‘Between a Rock and a Hard Place’ : Responses to Offending in Residential Childcare’ which spoke of “the critical need for multiagency data gathering and monitoring on a local and national basis”. Our report complements CYCJ’s focus on data and will, I hope, provide ideas for agencies in Scotland just as much as for professionals in England and Wales.

‘What gets measured gets done’ – it’s an old cliché but there’s a lot of truth in it.

Claire Sands is a freelance researcher specialising in youth justice. She joined CYCJ as an Associate in 2015. You can read her first blog for CYCJ here. 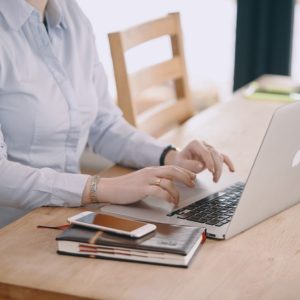