Pamela Morrison attended the Victim Support Scotland reception for Victims Awareness Week. Here she shares why knowing your rights as a victim is so important – and what’s being done to support this.

For many, becoming a victim of an offence can be their first experience of the criminal justice system and for others it may be a system that they have been involved in before due to committing an offence. What we know about young people is that those who are in conflict with the law are also the most victimised in our society and there is often therefore no rigid dichotomy between the two groups. Whatever the case may be, the rights of an individual who has been the victim of an offence remain the same. Everyone is entitled to the same rights as a victim or witness under Victims and Witnesses (Scotland) Act 2014.

In order to highlight these rights the Scottish Government have published a Victims Code for Scotland. It includes information on your right to:

For these rights to be meaningful, it requires individuals, communities and organisations coming into contact with victims or witnesses within the justice system, being aware of and upholding them. Victims Awareness Week 2020 aimed to do just this with a week long campaign called ‘Your Rights, Your Code’ providing the opportunity to promote messages in support of those affected by crime by championing their voices, experiences and rights – follow #kenyourcode.

Last night (18/2) Victim Support Scotland (VSS) held a reception at the Scottish Parliament as part of Victim Awareness Week. It was opened by VSS CEO Kate Wallace who highlighted “If people do not know what rights they have, they are immediately at a disadvantage when it comes to accessing the support they need as well as knowing what they can expect from the justice system.” We know that the youth and criminal justice system is extremely complex so it is important that there is support for those who need it to navigate this system. Kate Wallace summed up her speech by highlighting the need for victims to know what their rights are before they need to use them.

Throughout the reception there was a call for victims of crime to share their experiences of the criminal justice system to help shape the future of support services in Scotland. We were joined by campaigner and childhood sexual abuse survivor Matthew McVarish who read an extract from his book ‘The Truth That No One Tells Teenagers’. It was a humbling experience to witness the drive and determination of someone who has experienced abuse and really inspiring to hear about the positive work that Matthew has been involved in since.

It was encouraging to see so many MSPs, including Cabinet Secretary Humza Yousaf, engaging in the evening in order to support the campaign. Each MSP in Scotland will be provided with information packs about VSS services in their constituencies so work can continue at a local level and encourage everyone to #kenyourcode.

Moving forward, it is important that the rights of victims are upheld in our justice system as, in the words of Martin Luther-King: “Injustice anywhere is a threat to justice everywhere.” 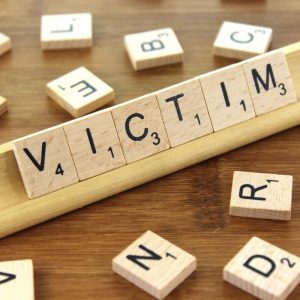